Chief Executive gives thumbs-up to the 24/7 smart border crossing, which can handle up to 200,000 people a day. 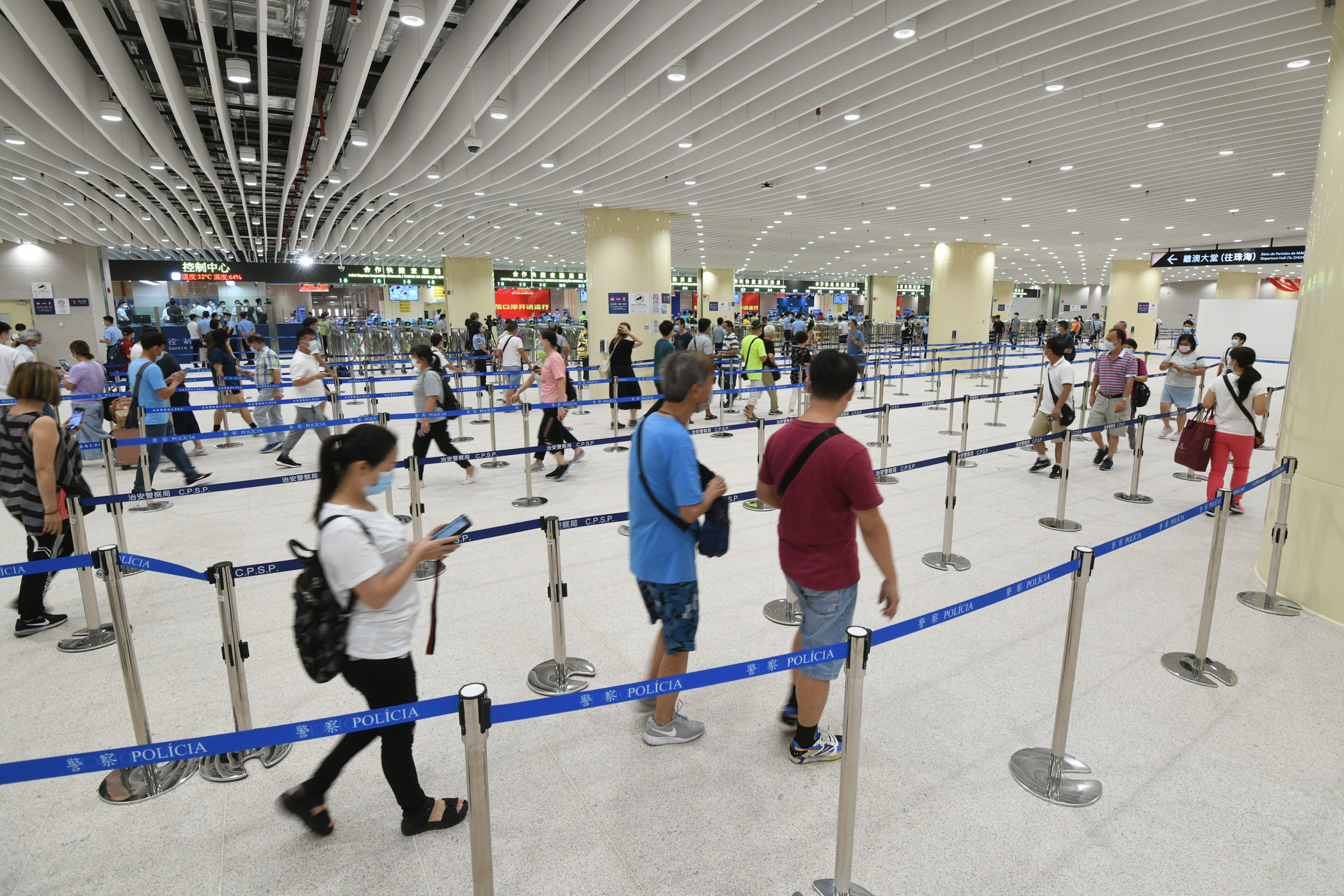 Chief Executive Ho Iat Seng has hailed the new Qingmao pedestrian border checkpoint, which opened yesterday afternoon, saying it would strengthen the infrastructure of the Greater Bay Area (GBA) and improve connections among the 11 GBA cities.

Ho pointed out that the new checkpoint is one of the most important projects listed in the Outline Development Plan for the Guangdong-Hong Kong-Macao Greater Bay Area to upgrade the transportation network among the cities.

The chief executive pointed out that the new checkpoint is only around 800 metres away from the Barrier Gate checkpoint and operates 24/7.

He also underlined that the new checkpoint uses the “joint inspection and one-time release” immigration and customs clearance system, which makes the travelling process between Guangdong and Macao more efficient and convenient.

Guangdong Governor Ma Xingrui said that the new checkpoint can strengthen cooperation between Macao and the adjacent province, especially because the Qingmao checkpoint directly connects to the Guangzhou Intercity Railway in Gongbei so that Macao residents can easily travel within Guangdong.

A senior Public Security Police officer at the checkpoint said that the first day of operations turned out to be “smooth” even though some people were confused by the “joint inspection and one-time release” system.

He also urged residents to bring both their Macao ID and the Home Return Permit to go through immigration and customs. He noted that the checkpoint’s 50 e-channels and two conventional counters had been operating smoothly, The Macau Post Daily reported.