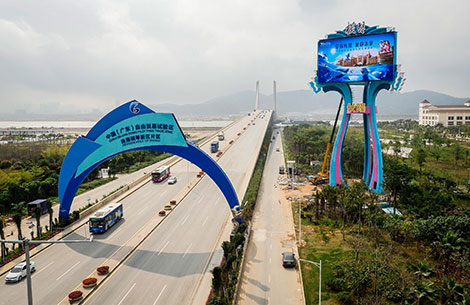 Hengqin authorities say they have basically completed drafting the management plans and details for Macau vehicles to access the neighbouring Hengqin island.

However, a timetable for implementation of the measure is yet to be set by the Macau and Guangdong authorities.

Niu Jing, director of the Hengqin New Area’s Administrative Committee said: “Plans and details regarding its management method and how it should be implemented are now basically stipulated and the construction of the supporting facilities is almost ready, but the official launching date has to be jointly and officially announced by the Guangdong provincial government and the SAR government so I don’t have a timetable for now.”

Niu Jing’s comments were made on the sidelines of a press conference, summarising the achievements made in the past year since the establishment of the Hengqin Free Trade Zone.