The passenger ferry service between the Inner Harbour and Wanzai in Zhuhai will resume on January 23, following the completion of major repairs at the Wanzai checkpoint, with the upcoming ferry service running from 7 a.m. to 10 p.m. 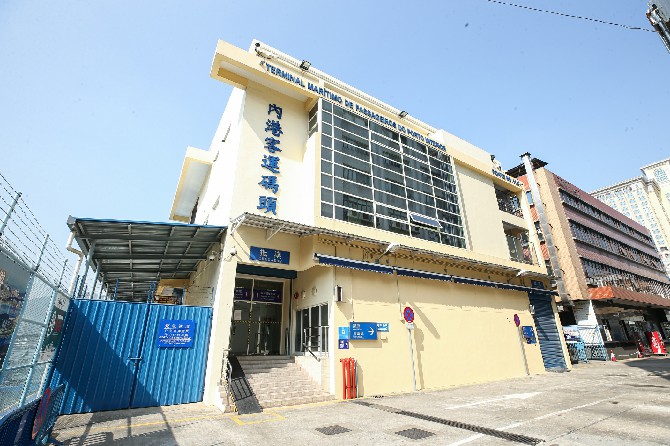 The local government announced on Monday that the passenger ferry service between the Inner Harbour and Wanzai in Zhuhai will resume on January 23, following the completion of major repairs at the Wanzai checkpoint, with the upcoming ferry service running from 7 a.m. to 10 p.m. – much longer than before the suspension of the ferry service in early 2016.

Secretary for Administration and Justice André Cheong Weng Chon made the announcement during a press conference at Government Headquarters, which was also attended by four other senior officials.

Cheong said that the Wanzai checkpoint will resume operation on Thursday, January 23, when the Macau-Wanzai ferry service will also restart. The Wanzai checkpoint will operate from 7 a.m. to 10 p.m. daily, longer than before its operation was suspended nearly four years ago, Cheong pointed out. The number of trips per day will increase to 110 from the 34 trips previously, Cheong said.

According to previous media reports, the passenger ferry service between the Inner Harbour Ferry Terminal and the Wanzai checkpoint ran from 8 a.m. to 5 p.m. before it was suspended in January 2016.

Also addressing Monday’s press conference, Marine and Water Bureau (DSAMA) Director Susana Wong Soi Man said that the long-established operator of the previous passenger ferry service, Yuet Tung Shipping, has applied to her bureau to resume the Inner Harbour-Wanzai ferry service on January 23, with the extended service hours from 7 a.m. to 10 p.m. and a shorter lunchtime break than before.

Wong said that each trip will now run every 15 minutes, which is more frequently than in the past.

Wong noted that the number of trips per day will be three times the previous number.

According to Wong, Macau and Zhuhai residents will enjoy a discounted fare. A one-way ticket from Macau to Wanzai will be 20 patacas, while a round-trip ticket departing from Macau will be 30 patacas. A one-way ticket from Wanzai to Macau will cost 15 yuan (17.20 patacas), while a ticket for a round trip departing from Wanzai will be 25 yuan, Wong said.

Vong also said that when the Macau-Wanzai ferry service resumes service, the Customs Service will deploy a patrol vessel with firefighting equipment for 24/7 patrol operations in the Inner Harbour, pledging that customs officers will also strengthen their patrols along the waterfront of the Inner Harbour.

Transport Bureau (DSAT) Deputy Director Lo Seng Chi said that when the ferry service resumes service, his bureau will change the locations of bus stops near the Inner Harbour Ferry Terminal – which is located near Praça de Ponte e Horta – with the aim of responding to the expected rising traffic needs in the neighbourhood.

The passenger ferry service between the Inner Harbour Ferry Terminal and the Wanzai checkpoint was suspended on January 17, 2016, after the latter was officially classified as a dangerous building. The suspension came after cracks appeared on the Wanzai checkpoint building due to the railway project connecting Gongbei and Hengqin in the neighbouring city, according to local media reports.

Yuet Tung Shipping Co. Ltd., established in Macau in 1962, is a fully-owned subsidiary of Guangdong Province Navigation Group (GNG) Co. Ltd. which is owned by the Guangdong government.