Macao continues to assist Guizhou’s Congjiang county in getting rid of poverty. 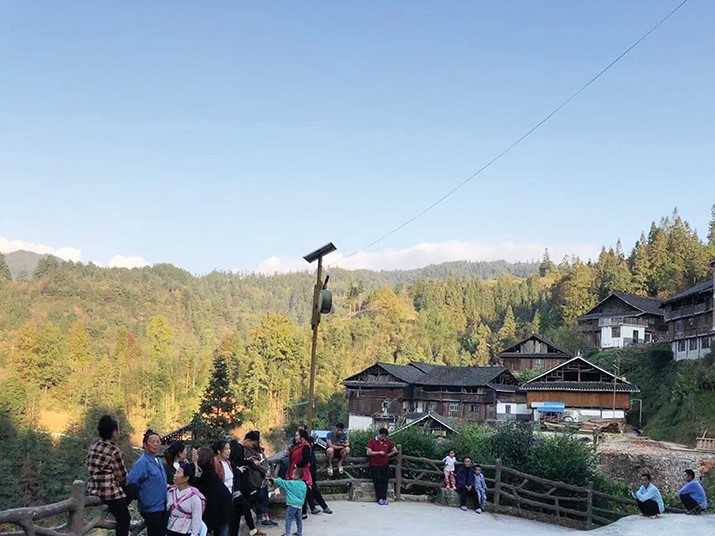 Macao is continuing its poverty alleviation assistance to Guizhou’s Congjiang county, in a commitment undertaken by the Macao Special Administrative Region (MSAR).

Congjiang is a county in the Qiandongnan Miao and Dong Autonomous Prefecture of Guizhou. Congjiang covers an area of 3,244 square kilometres (about triple the size of the Hong Kong Special Administrative Region) and has a population of about 300,000, or slightly less than half the MSAR’s. A major segment Congjiang’s population is made up by members of the Miao and Dong ethnic minorities.

A recent work report by the Guizhou Provincial Poverty Alleviation and Development Office has recommended that the province, in its capacity as the first batch of the nation’s inland open economic pilot zones, has the potential to become an important land-sea connection for the central government’s Belt and Road Initiative (BRI), and set up close communication and cooperation channels between mainland China and Portuguese-speaking countries through Macao.

Guizhou is a landlocked province in the nation’s south-west. It covers an area of 176,167 square kilometres (nearly the size of Cambodia) and has a population of about 35 million (about the same as Saudi Arabia).

Guizhou is an important platform to further deepen cooperation, including the construction of the Greater Bay Area (GBA) and the Pan-Pearl River Delta (PPRD) Regional Economic and Trade Conference, as well as the setting-up of new international land-sea trade channels. The central authorities’ ultimate aim is to deeply integrate Guizhou into the nation’s development strategy.

According to the Guizhou Provincial Poverty Alleviation and Development Office, the MSAR has signed 27 agreements with Congjiang since May 2018, involving a total of 73 projects, comprising 41 in the area of engineering projects and 32 financial and other undertakings.

As of the end of October, the funds spent on the 27 agreements amounted to 98.984 million yuan, of which 79,565,500 yuan in financial and material assistance have already been used to get specific projects off the ground.

In addition, all sectors of Macao’s civil society have made 75 donations involving 16.494 million yuan in financial and material support. Overall, the funds and materials that the MSAR authorities and civil society has granted Congjiang had reached 115,479,100 yuan at the end of October.

According to official reports, the 27 poverty alleviation agreements cover areas such as education, medical care, tourism, human resources, manufacturing, and the promotion of talents. The projects are carried out under the working mechanism of “the MSAR government’s leadership, the participation of all sectors of society, and the guidance and cooperation of the Liaison Office”.

Among them, in the past two years, a total of 13 primary schools and kindergartens plus 24 village-level clinics have been built, and an ambulance has been donated to each of seven towns and villages, which has solved previous problems and helped about 30,000 residents seek medical treatment near their homes.

A total of 685 rural households have tackled the ventilation and leakage issues of old houses’ and the problem of people and animals living under one roof. In addition to projects involving hardware, the MSAR has also sent experts to Congjiang to assist in the training of 300 preschool teachers and 100 middle school English-language teachers and arranged for 29 English-language teachers from six local primary schools as well as 40 kindergarten teachers to further their studies in Macao.

Also for three consecutive years, 3,000 students facing financial difficulties have been assisted in advancing to higher education. Each student received a 500 yuan scholarship, which was transferred by the education authorities to each student’s family bank account.

The MSAR has also assisted Congjiang in building construction. One of the assistant programme’s entrepreneurial support funds invested 1.086 million yuan in building eight rubbish incinerators. The programmes have also included the organisation of tour groups to Congjiang and measures to assist the county’s enterprises in purchasing agricultural products and building Yao medicine processing plants in the local area. “Yao” is Chinese herbal medicine (CHM), a pharmaceutical part of traditional Chinese medicine (TCM).

In summing up her visit, Liaison Office Vice Director Yan underlined that through this important visit she has been able to deepen her knowledge and understanding of Macao’s rich experience in helping Congjiang tackle poverty and pass this great experience on to civil society in the MSAR.