The government has decided that children aged below three will now be allowed to attend their kindergarten classes from 21 September “in response to their parents’ demand”. 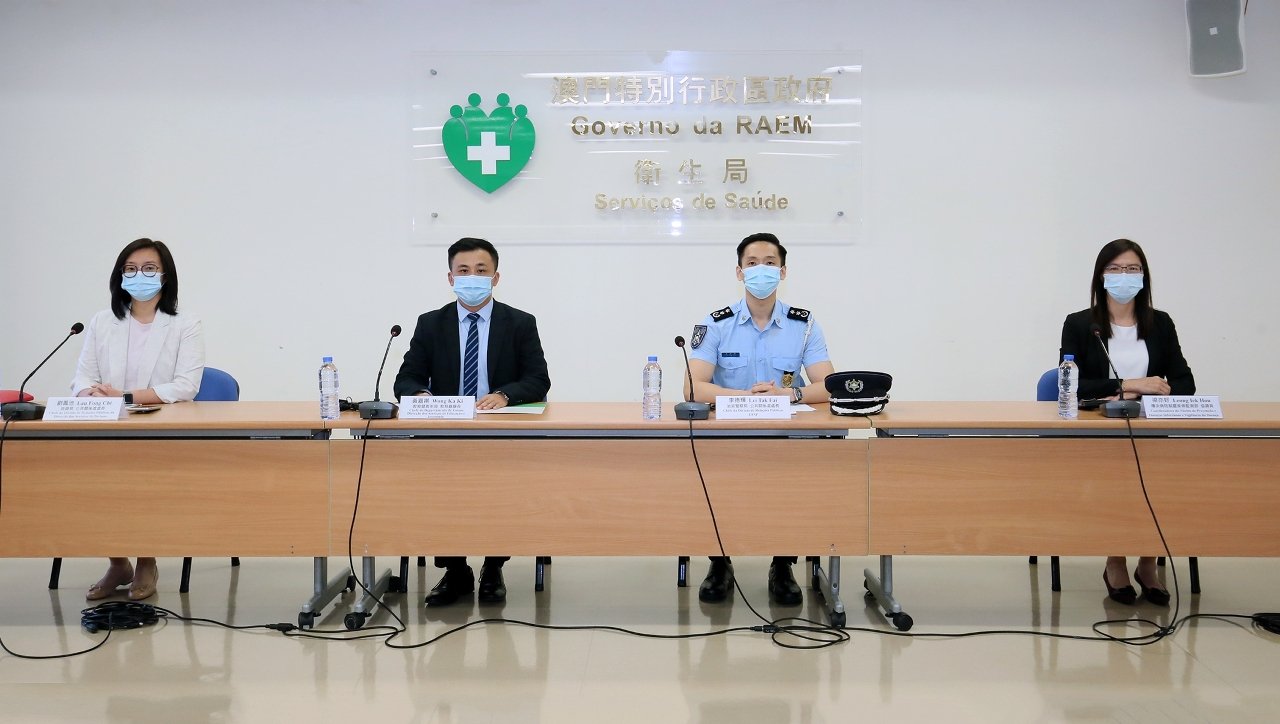 Addressing Monday’s press conference about Macao’s novel coronavirus situation, Wong Ka Ki, who heads the Education Department of the Education and Youth Affairs Bureau (DSEJ), announced that the government has decided that children aged below three will now be allowed to attend their kindergarten classes from 21 September “in response to their parents’ demand”.

Wong also said that a number of strengthened COVID-19 prevention measures will be carried out in kindergarten classes where kids aged below three will attend, as it is not suitable for them to wear a facemask.

Wong said that the children aged below three will be able to go to their kindergarten lessons on 21 or 28 September, depending on when the respective schools will complete their preparations for the new arrangement, including the installation of the necessary equipment for the implementation of the reinforced COVID-19 prevention measures in the classes.

Wong also said that parents can still choose to let their children go to their kindergarten classes only after they reach the age of three.

Consequently, children who will attend their kindergarten classes later this month when they are still under the age of three are not officially required to wear a facemask until they reach the age of three.

The Education and Youth Affairs Bureau first announced on 27 August that children enrolled in kindergartens would only be allowed to attend classes in the current new school year – which started last week – after they have reached the age of three, as it is not suitable for those aged below three to wear a facemask. The bureau said at that time that some 1,000 K1 pupils would be affected by the now-discarded measure.

Senior representatives of the city’s education sector, civic leaders and affected parents had deplored the bureau’s belated announcement of the now-abandoned arrangement for kindergarten pupils aged below three.

Speaking to reporters on 28 August, DSEJ Director Lou Pak Sang apologised for the late announcement of the – now defunct – measure, but insisted that as there was uncertainty in the development of the COVID-19 pandemic, his bureau could not announce the arrangement for kindergarten pupils aged below the age of three too early as it wanted to set up a most up-to-date measure for schools.

During Monday’s press conference, Wong said that DSEJ officials have had a number of meetings with senior representatives of the city’s education sector and schools which run kindergarten classes, discussing possible new arrangements for kindergarten pupils aged below three to attend classes, with the aim of coming up with solutions that allow them to go to their kindergarten lessons before reaching the age of three while not violating the Macao government’s principle of always having strict COVID-19 prevention measures in force.

Wong said that after the meetings his bureau has decided that kindergarten pupils aged below three will be allowed to go to their classes on 21 or 28 September, depending on when the respective kindergartens complete their necessary preparations.

According to Wong, the government will continue to strictly adhere to its policy that children aged below three should not wear a facemask. Wong said that therefore his bureau has decided that kindergartens will have to carry out five measures to protect their pupils from COVID-19 infection in their classes, namely 1) ensuring social distancing, 2) setting up separation boards in their classrooms, 3) adjusting their teaching and curriculum arrangements with the aim of reducing physical contact among the schoolchildren, 4) ensuring children in a particular class will not have contact with their peers in other classes, and 5) cooperating with parents in strengthening the children’s COVID-19 prevention education.

Wong said that his bureau has decided to roll out the new arrangements for kindergarten pupils aged below three with the aim of “allowing parents to have one more option” deciding whether to let their children go to their kindergarten classes before the age of three, apart from the fact that local schools have shown that they are able to carry out their COVID-19 prevention measures smoothly since the start of the current school year.

Macao has not recorded a new COVID-19 case for 73 days, while no local case has been confirmed in 162 days.

Meanwhile, Wong also announced that from next week Macao cross-border pupils and teachers will have to make an online appointment before Friday every week to undergo their nucleic acid tests (NATs) in designated medical institutions in Zhuhai, via the Zhuhai health authorities’ official WeChat account. The pupils and teachers have to undergo the COVID-19 tests every seven days.