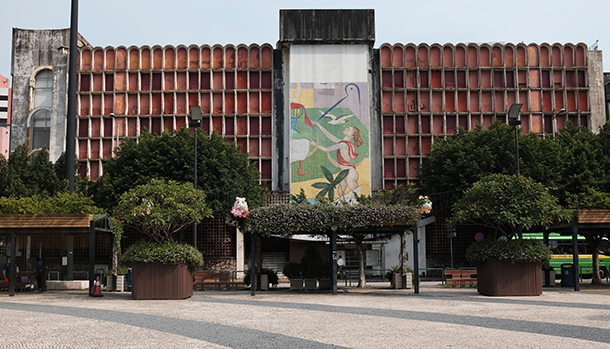 Secretary for Social Affairs and Culture Alexis Tam announced on 3 June that the government had decided to open up public tender allowing local architects to present proposals for the Hotel Estoril revamp project which was originally awarded to Portuguese architect Álvaro Siza Vieira.

Tam admitted his decision was politically driven: “There are good architects in Macau” and a tender would be “more transparent”. Tam had “informally” informed Vieira of this decision and invited him to participate in the tender.

The Portuguese newspaper Observador reported on 7 June that Vieira “naturally” accepted the Macau government’s decision but declined to participate in the tender.

The Portuguese news website Sapo 24 reported on 4 June that the Macau government initially had invited Vieira in April 2015 to convert Hotel Estoril into a youth arts center and school. The hotel has been deserted since the 1990s but formerly housed the first casino operated by tycoon Stanley Ho. As such, it holds a historical role within Macau’s largest business sector.

When Vieira publicly announced his plan of demolishing the building rather than restoring and maintaining the façade, a public debate ensued regarding the building’s renewal as well as its patrimonial and historical value. This prompted the Macau government to launch a public consultation and order an investigation. September 2015, the city planners association Macau Root Planning launched a petition asking for an evaluation of Hotel Estoril.

On 15 March 2016, the Macao Cultural Heritage Council decided the building would not be classified after all. One of the council’s directors, architect Carlos Marreiros, explained that many of the building’s current structures are the result of additions to the original modernist building from 1950.

Marreiros further noted that “[the hotel structure] all fell apart” in the early 1960s when Stanley Ho won his gambling license and started casino activity in the Hotel Estoril, adding on multiple new structures of significantly lesser quality to the original. “What remains today is a summation of a building with several hairpieces on a beautiful pre-existence.”

The public tender now leaves the prospective team designer and government free to decide what to do with the structure and façade.