Government to launch e-service for proof of life Link copied

The government will launch a new e-service for residents on Friday to submit their proof of life. 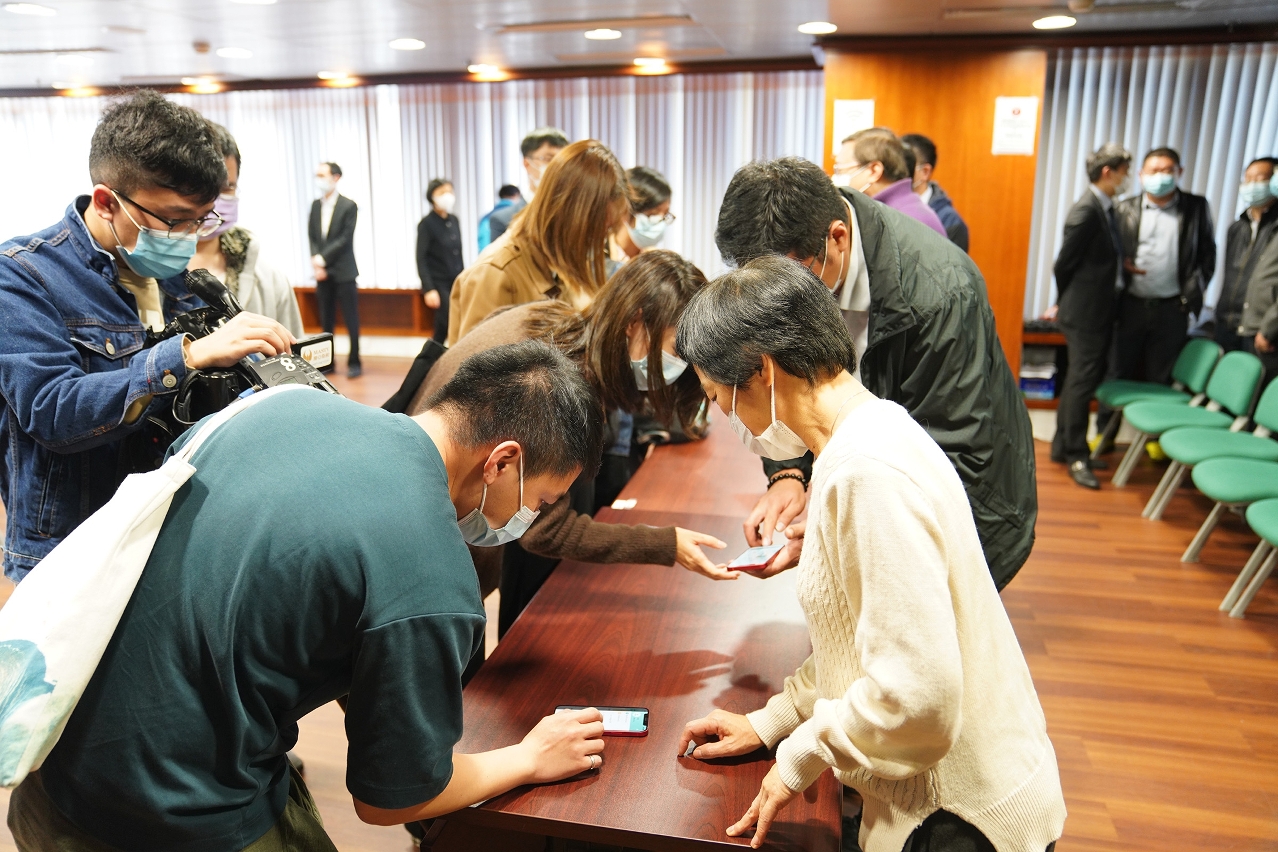 The government will launch a new e-service for residents on Friday to submit their proof of life, Public Administration and Civil Service Bureau (SAFP) Deputy Director Ng Wai Han told reporters on Monday.

Ng said that starting at 9 am on Friday, residents can use their “single account portal”–an account combining various public services provided by different government entities – to submit their proof of life to the Social Security Fund, Social Welfare Bureau and Pension Fund.

Ng pointed out that the portal allows residents who are living outside the city or with disabilities to submit their registration online using their smartphones. Ng also said that her bureau will also launch on Friday a simplified app version with a simpler layout, larger font size and personalised functions for residents to use the app more easily. She estimated that the new service will attract about 130,000 residents to use the portal.

A statement that was handed out at the press conference on Monday noted that in accordance with the provisions of Article 36 and Article 38 of Law 4/2010, the continuity of old-age pension and disability pension payments depends on the beneficiary’s proof of life in January each year. The statement said that if the beneficiaries of old-age or disability pensions do not provide the proof of life by the end of January each year, their pension payments will be suspended from the following April onwards. The statement added that the beneficiaries of the IAS disability and old-age subsidies who do not live in Macao must submit their proof of life before 31 August every year.

If a recipient does not submit  their proof of life by the end of January,  to continue to receive their pension payment, they must have their local ID card (BIR) with them when they appear in person at one of the three government service centres as soon as possible

Ng said that starting in 2021, the “single account portal” users can sign-up to their personal accounts and follow three easy steps to complete the facial recognition process and then complete the registration of proof of life. Ng pointed out that if the beneficiary’s spouse or another direct family member also has an account on the portal, they can help the beneficiary submit their proof of life.

Acting chief of the Identification Services Bureau’s Archives Departments, Chou Wai Kin, noted that the “single account portal” facial recognition technology only uses facial features data and sends it to his bureau in a highly confidential format to compare data and confirm one’s identity. After the data is confirmed, Chou said that his bureau will only send the result to other government entities, stressing that other bureaus will not receive any confidential information about the resident.

SAFP Director Kou Peng Kuan told reporters that the more traditional way to submit one’s proof of life, including in-person and mail registration, will still be available, adding that the new service only provides an additional option for residents. He stressed that residents can choose their preferred way to submit their proof of life.

Kou noted that currently, 90,000 residents have an account on the portal, adding that his bureau was aiming to improve the design and the function of the portal so that it will be more accessible for the elderly. He also said that his bureau has been contacting social groups to help promote the portal and inform senior citizens about the new service.