The government is extending the transition period for residents to add their home address to their Macao Health Code by a week. 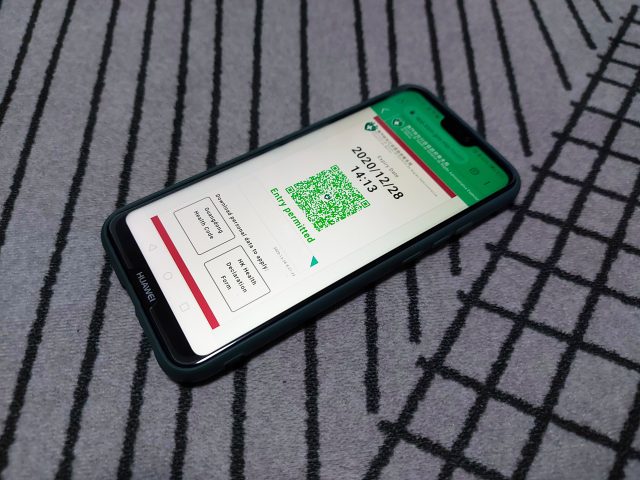 The government’s Novel Coronavirus Response and Coordination Centre announced in a statement Tuesday night that it will extend the transition period for residents to add their home address to their Macao Health Code by one more week so the deadline when they must fill in their address will now be postponed to next Wednesday, after considering that “some residents have still not added their address” to the code.

Under the initial schedule, residents would have had to have added their home address to their Macao Health Code by today – after a 14-day transition period, otherwise, they would not have been able to get the code generated on their smartphones.

Tuesday night’s statement said that the seven-day extension of the Macao Health Code’s new address function was needed “so as not to affect residents crossing the borders and entering the city’s [various] premises”.

The statement urged residents who have still not added their address to their Macao Health Code to complete the registration “as soon as possible” before the new deadline on 27 January.

The statement said that since the government relaunched the Macao Health Code’s new address function on 5 January, as of 4 pm on Tuesday 479,663 people had added their address to the code.

The new function of adding one’s address to the Macao Health Code was initially slated to start on Christmas Eve. However, the government suspended the new function later the same day after a 40-minute technical malfunction occurred when residents were not able to have the health code generated on their smartphones. After the Health Bureau’s (SSM) technical team “rectified the issue” which previously affected the code system’s server, the government relaunched the new address function on 5 January.

In addition to local residents, the new address requirement will also apply to non-locals living or staying in Macao, who will need to indicate the address of the place where they usually stay, such as workplaces, casinos or hotels.

Macao has not confirmed a new Covid-19 case for 207 days, according to official statistics.