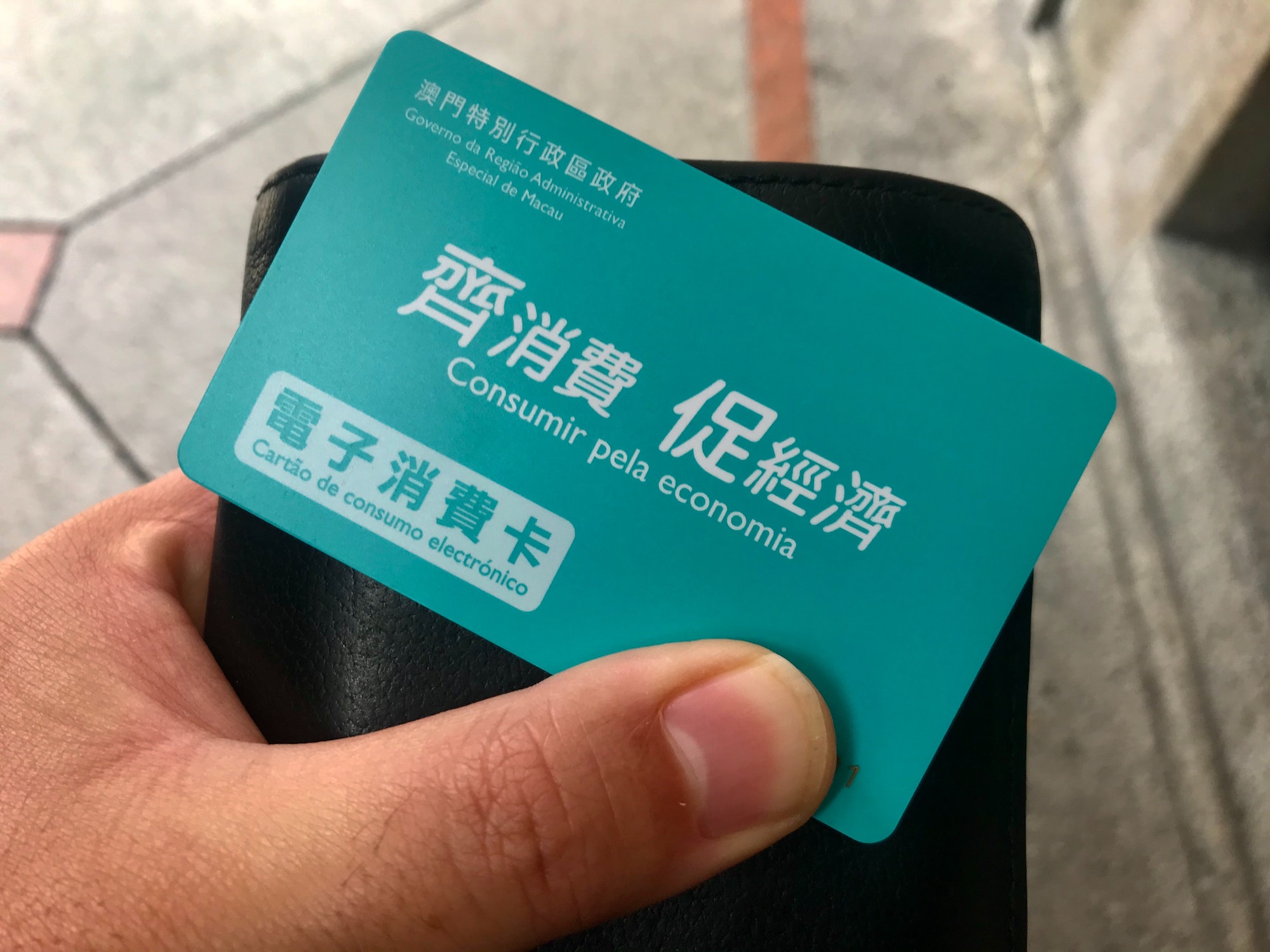 Macao residents cannot expect to receive any extra cash handouts from the government in the immediate future, according to Chief Executive Ho Iat Seng, who made the announcement during a three-hour question-and-answer session at the Legislative Assembly.

The seven-month electronic consumption benefit scheme running from June to December is made up of a MOP 5,000 start-up fund and a MOP 3,000 immediate discount grant. Beneficiaries can choose to use a consumption smartcard or one of eight local e-payment platforms.

Replying to directly-elected legislator-cum-unionist Ella Lei Cheng I who urged the government to roll out an additional round of its electronic consumption benefit scheme, Ho noted that the scheme will only finish at the end of next month, adding that “today is 17 November” so some residents may still not have used up all the money in their account. The chief executive urged residents to show understanding that it would be unfeasible for the government to top up the scheme “unlimitedly”.

Ho underlined that residents suffering financial hardship can ask for assistance under the social security system, adding that those who have lost their jobs can apply for an unemployment allowance. However, he admitted that the government does not have an allowance for those who have been forced to take unpaid leave.

Lei also asked when the current 48-hour validity of the negative Covid-19 NAT result for travellers entering Zhuhai from Macao will return to seven days. Ho said he understands that residents commuting between the two cities “are suffering” from the requirement for them to be tested for Covid-19 every two days.

Currently, since the Zhuhai authorities lifted their 14-day mandatory quarantine for arrivals from Macao on 19 October, those entering Zhuhai from Macao must present an NAT certificate confirming a negative Covid-19 result valid for 48 hours. In contrast, the negative NAT result for those entering Macao from Zhuhai remains valid for seven days.

Ho admitted that the Macao government does not have the power to make decisions on Covid-19 measures for those entering Zhuhai from Macao. He pledged that he will continue to ask the Zhuhai and Guangdong authorities to return the validity of the negative NAT result for arrivals from Macao to seven days.

Ho said that the NAT validity could be extended if the current Covid-19 wave in the mainland stabilises and Macao’s novel coronavirus situation remains stable.

Macao has not recorded a new local Covid-19 case for 39 consecutive days after the latest case was confirmed on 9 October. Macao’s Covid-19 tally stands at 77, without any fatalities. The 77 cases comprise 60 imported cases and 17 cases “connected to imported ones”.

Turning to environmental matters, Ho admitted that the government would need to pay a high annual maintenance cost for the future tidal gate, which is due to be built in the river between the west coast of the Macao peninsula near Barra and Wanzai in Zhuhai. Replying to directly-elected lawmaker-cum-civil engineer Leong Hong Sai, the chief executive admitted that the tidal gate, which aims to solve the long-running flooding problem affecting the Inner Harbour area, could possibly be a “white elephant”.

Ho said that the findings of a simulation test for the tidal gate project indicate which areas in Macao would still be affected by flooding in case the city is hit by a storm surge similar to the one caused by Super Typhoon Hato in 2017. The findings showed that the tidal gate could generally lessen the floods which have been affecting the city’s low-lying areas for a long time.

Ho said that just the design of the tidal gate project has cost the government hundreds of millions of patacas. Apart from the expected high cost of building the tidal gate, Ho said, the annual maintenance cost for the future tidal gate would possibly even be higher than its design cost.

The government does not have a schedule as to when the tidal gate project, which is a cross-border project requiring the Macao government’s collaboration with its Zhuhai and Guangdong counterparts, would finally start.

However, Ho underlined that the government will continue with its preparatory work for the tidal gate project, which will need final permission from the central government.

Ho said the government will continue its efforts to solve the flooding issue in the short term, such as starting work on the construction of a rainwater pumping station near Praça de Ponte e Horta.

The session took an unexpected turn when Ho sharply criticised veteran directly-elected lawmaker José Maria Pereira Coutinho for complaining for over a decade about what he claimed was the “low morale” among public servants.

Coutinho, who has been a legislator since 2005 and heads the Macau Civil Servants Association, claimed that public servants’ morale had dropped to the lowest level ever but the government was ignoring the issue.

Ho replied: “I have been hearing you talking about the same thing for over a decade, without any major changes. I have got used to hearing those remarks from you.”

Ho said that he “completely” disagrees with Coutinho’s remarks about the allegedly low morale among public servants, urging him not to continue to upset public servants. “Many public servants are hurt [by your remarks],” the chief executive said.

Ho praised the city’s public servants for their great contribution to the government’s three rounds of citywide Covid-19 tests.

Finally, Ho said that the future operation of the public hospital complex in Cotai would help Macao develop a “big health” sector and “health service plus tourism”.

Ho underlined that it was the National Health Commission (NHC) which suggested that the Macao government cooperate with the Peking Union Medical College Hospital in the future operation of the hospital in Cotai, which is slated to open in 2023.

Ho also said that thanks to the future hospital, local residents would no longer have to seek medical treatment for special cases outside Macao, The Macau Post Daily reported.