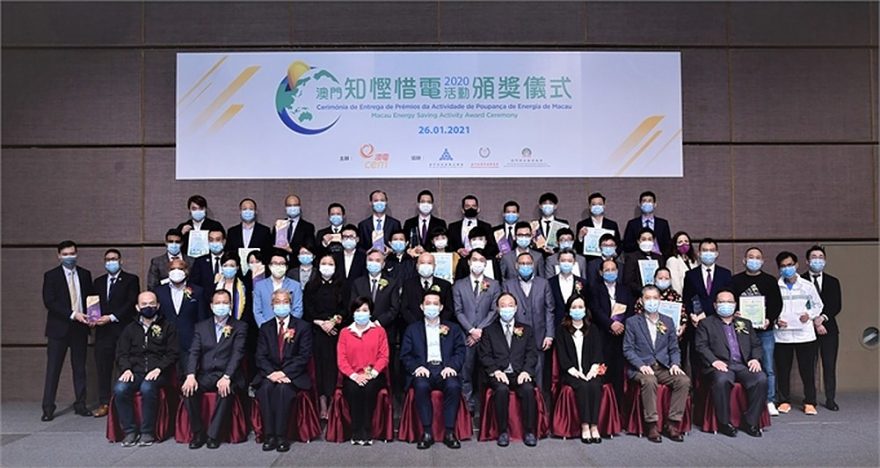 Power utility CEM’s annual Macau Energy Saving Activity has reduced carbon emissions by over 258 million kilogrammes, equivalent to the planting of 11.7 million trees, over the past 12 years, Benjamin Yue Zongbin, principal advisor to the company’s executive committee, said on Tuesday.

Yue made the remarks in a speech during an award ceremony hosted by CEM at Macau Tower. He pointed out that in the past 12 years over 316 million kWh of electricity was saved thanks to the activity. He underlined that 46 hotels and 508 buildings took part in last year’s energy-saving contest, while a record 6,536 citizens signed up for the “5 % Energy Saving Action” lucky draw.

“From July to October 2020, all the participants saved a total of over 106 million kWh of electricity,” Yue noted.

“As economic development and environmental protection are correlated, a sustainable society can only be achieved when all stakeholders strike a balance,” he said.

According to the CEM statement, the Macau Energy Saving Activity 2020 calculated the four consecutive billing months of electricity consumption from July to October 2020 in comparison with the same period of 2019. “Participating buildings and hotels/resorts which saved the highest percentage of energy [year-on-year] are the winners of the contest,” the statement said.

The activity has been held for 12 consecutive years in conjunction with the General Union of Neighbourhood Associations of Macau (Kai Fong), Property Management Business Association of Macau, and Macau Hoteliers and Innkeepers Association.

CEM, which was set up in 1972, holds the government’s exclusive concession to transmit, distribute and sell electricity in Macao.

State-owned Nam Kwong Development (HK) Limited is its major shareholder, holding 42 per cent of its equity. The other shareholders are Energy Asia Consultancy (21 per cent), Polytech Industrial (11 per cent), Asiainvest (10 per cent), the Macao government (8 per cent), China Power International Holding (6 per cent), and “other investors” (2 per cent), according to CEM’s website.