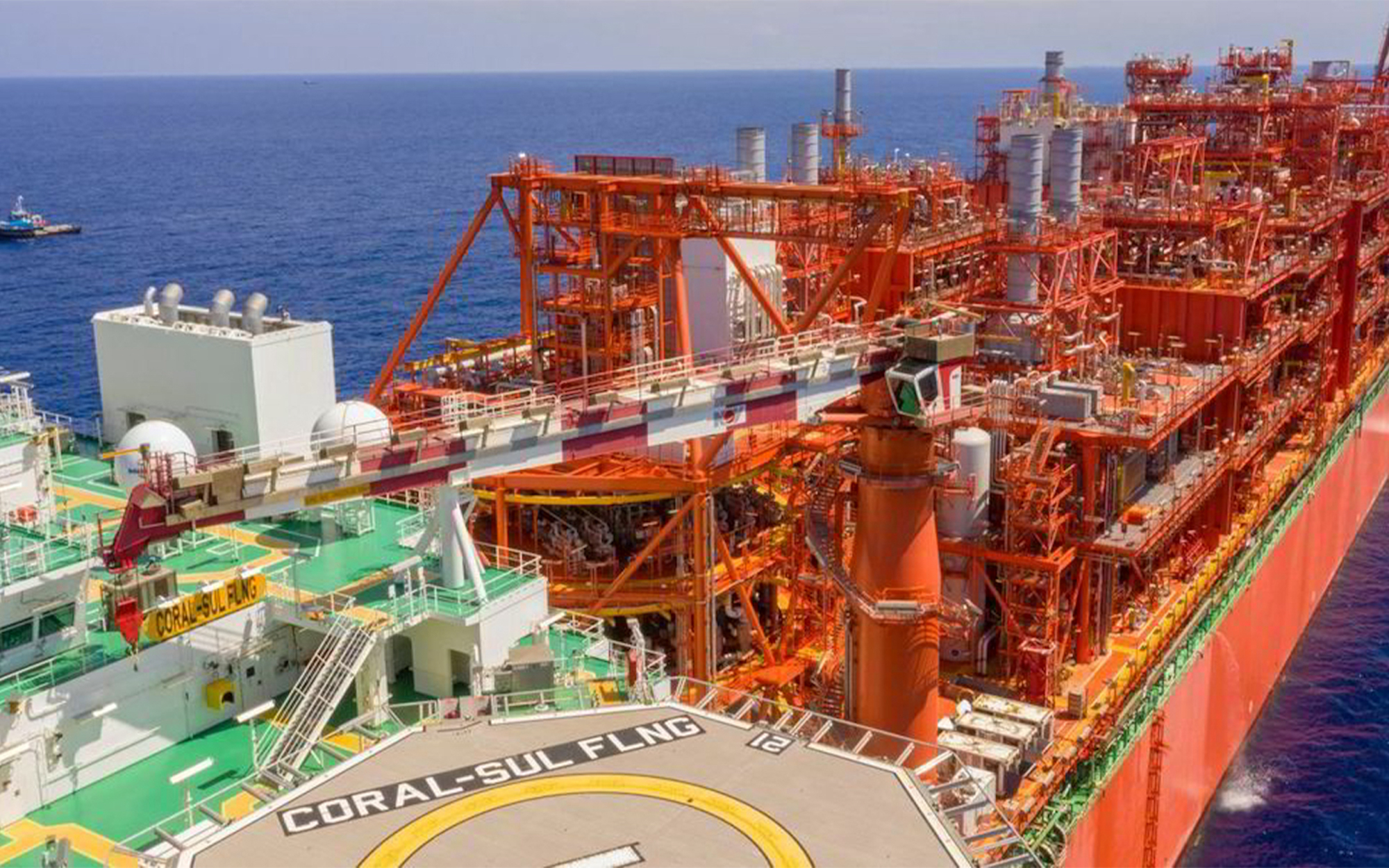 “There are opportunities to increase supply in the short term, including the possibility of replicating the success of the Coral Sul project with a new Floating Liquified Natural Gas development similar to the one that began exporting gas from the Rovuma basin earlier this month,” said Eni’s Director of Natural Resources Operations, Guido Brusco.

Brusco was speaking in Pemba, on the sidelines of the official inauguration of the Coral Sul platform by the Mozambican president, Filipe Nyusi.

The platform has been stationed 40 kilometres off the Mozambican coast since the beginning of the year and began exporting LNG earlier this month.

Although the idea of a second platform has already been discussed for about a year, Brusco’s announcement highlights the importance and opportunity of the investment.

“What is clear is that we need to act quickly. Everything is in place to achieve this goal: we have reserves, technology, a strong and committed team, a track record of delivery achieved with the Coral Sul platform and government support,” Brusco said.

“We will continue to work closely with partners and the government to assess all possible options for further developments.”

The Coral Sul platform operated by Italian oil company Eni on behalf of the Area 4 consortium in Mozambique will produce 3.4 million tonnes of liquefied natural gas (LNG) per year for BP, which has bought the production for the next 20 years.

The first export cargo ship was loaded with Mozambican LNG on 13 November.

There are two other larger projects approved for the Rovuma basin, led by TotalEnergies (Area 1) and Exxon/Eni (Area 4), each of which could produce four to five times as much LNG.

The possible onshore liquefaction plants on the Afungi peninsula are waiting for decisions by the oil companies for construction to go ahead, given the insecurity in the region.

Area 4 is operated by Mozambique Rovuma Venture (MRV), a joint venture co-owned by ExxonMobil, Eni and CNPC (China), which holds a 70 per cent stake in the concession contract.

Galp, Kogas (South Korea) and Empresa Nacional de Hidrocarbonetos (National Hydrocarbons Company of Mozambique) each have a 10 per cent stake.