China plans to encourage Chinese enterprises to invest and start businesses in Timor-Leste, contributing to its development and revitalisation. 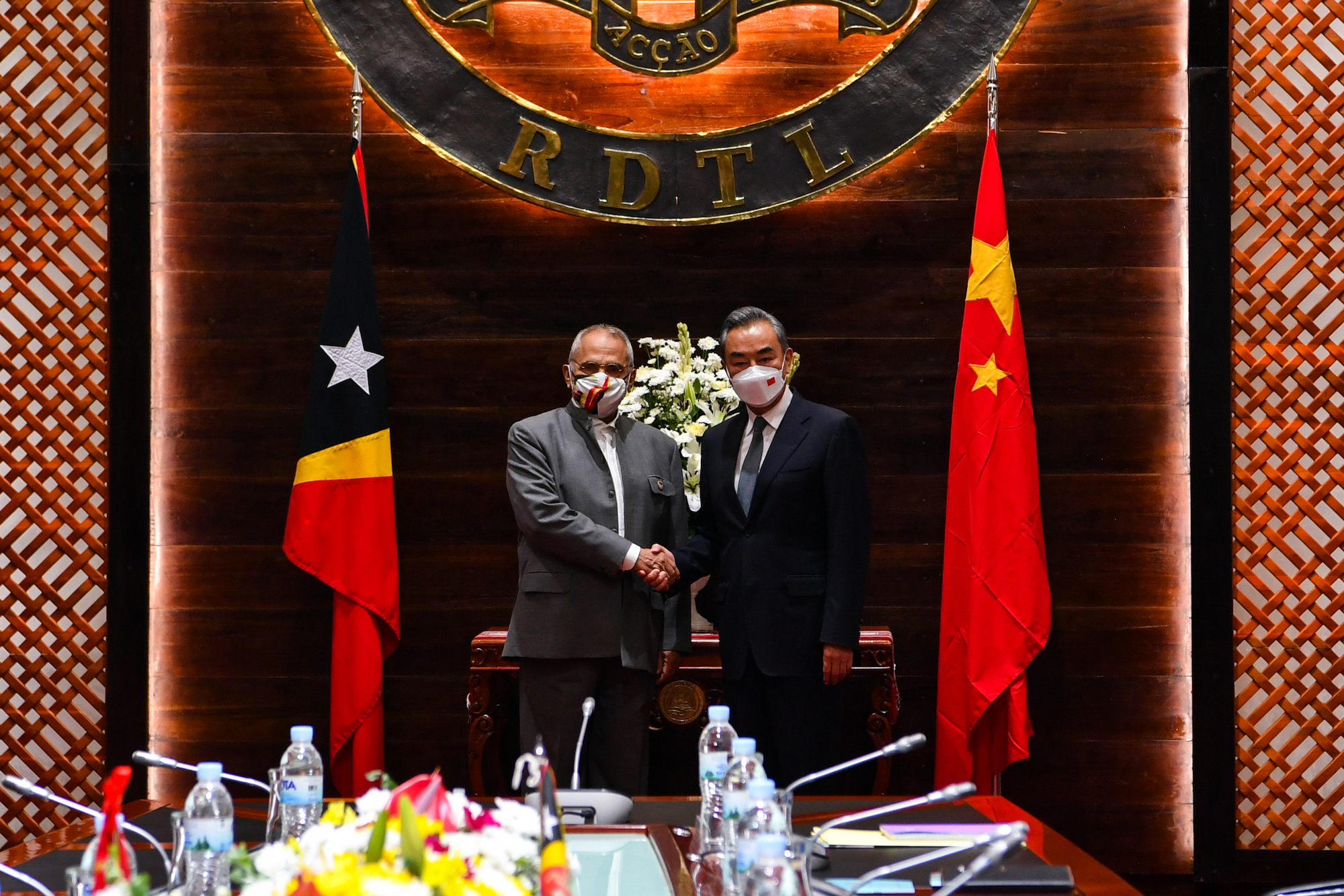 During their meeting in Dili, the capital of Timor-Leste, Ramos-Horta said his country fully supports the Belt and Road Initiative.

“China’s development benefits Timor-Leste greatly, and is of great significance to the region and the world,” said Ramos-Horta.

The President of Timor-Leste thanked the Chinese government and people for their support in the past years. Timor-Leste is full of confidence and expectation for the future of bilateral relations, the president said.

For his part, Wang thanked Ramos-Horta for signing the joint communique on establishing diplomatic ties with China on the day of independence in 2002 when he served as the first foreign minister of Timor-Leste.

Over the past 20 years, Wang said, China and Timor-Leste have treated each other as equals, understood each other and supported each other. Timor-Leste has become an important partner of the Belt and Road Initiative, and China has played a positive role in Timor-Leste’s socio-economic development, infrastructure construction and improvement of people’s lives.

“Immediately after the Covid-19 outbreak, China sent medical supplies to Timor-Leste to help its fight against the pandemic. Chinese medical teams have benefited more than 300,000 people in the country. China has also taken an active part in the United Nations peacekeeping mission in Timor-Leste,” Wang said.

China is ready to work with Timor-Leste to take the 20th anniversary of the establishment of diplomatic ties as an opportunity to review their successful experience and draw up a blueprint for the future, so as to elevate their comprehensive cooperative partnership to a new level and set an example of mutual respect, equality, mutual benefit and common development among countries of all sizes, Wang said.

China is willing to support Timor-Leste in enhancing its capability for self-development, accelerating its agricultural modernisation and industrialisation, and achieving diversified development, Wang also said.

The Chinese side will continue to encourage Chinese enterprises to invest and start businesses in Timor-Leste, contributing to its development and revitalisation, Wang added.

China supports Timor-Leste playing an active role in regional and international affairs, and expects to see its early entry into the Association of Southeast Asian Nations.

Timor-Leste always sticks to its principles despite being a small nation, Ramos-Horta said, noting that his country advocates peaceful settlement of differences through dialogue and consultation as well as unity in responding to challenges facing international peace and security.

In an interview with South China Morning Post’s This Week In Asia, the 72-year-old Nobel laureate said that the aim of Timor-Leste is to maintain an equal distance from all major powers, while still keeping the door open to trade and investment.

“What we want is the best for our own national interests. In my case, I will make decisions that are in the best interests of the people of Timor-Leste.We welcome strong ties with all, the US, China, Australia, Indonesia and … [other] ASEAN countries, we are not going to say we are taking anyone’s side,” Ramos-Horta said.

Wang Yi visited Timor-Leste, as the last leg of his Pacific tour starting from 26 May, which has taken him to island countries of the Solomon Islands, Kiribati, Samoa, Fiji, Tonga, Vanuatu and Papua New Guinea.