The president of the Legislative Assembly (AL), Ho Iat Seng, revealed on Thursday that the proposal to add a so-called 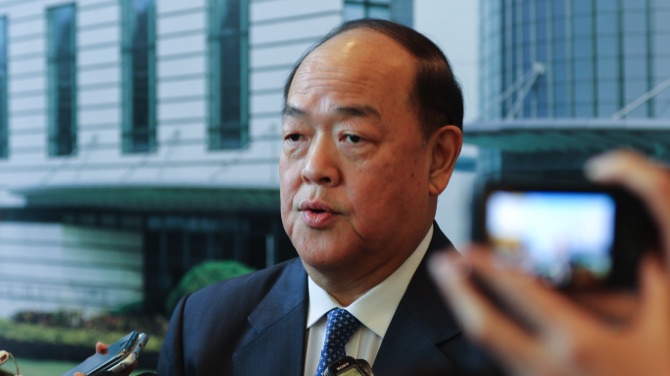 The president of the Legislative Assembly (AL), Ho Iat Seng, revealed on Thursday that the proposal to add a so-called “interpretative note” to the Land Law, submitted to the assembly by lawmaker Gabriel Tong, has already been rejected by the board.

The assembly’s board, which consists of the president and vice-president of the AL and their two assistants, considered that Tong’s proposal is not just an interpretative note but an “innovative” input to change the current law in at least one of its regulatory norms. Such a change would require authorization from the Chief Executive (CE) and would need to be discussed at the plenary, they concluded.

“The board reached a consensus that this proposal is not just for an interpretative effect of the law but, instead, aims to add a new regulatory norm on the Land Law for which we must gain first the permission and authorization from the CE because this falls under the exclusive powers of the government,” Ho Iat Seng said. He added: “We already spoken to the legislator [Gabriel Tong] in order to request him to [secure] the CE’s authorization, but he has refused.”

According to the AL president, the lawmaker Gabriel Tong wrongly claims “his proposal is just a motion for the reinterpretation of the law, [but that opinion] conflicts with the understanding of the AL board.”

Ho seperately said that he has solicited to the AL staff to start preparing the relevant documents and recordings from the committee meetings that analyzed the bill, in order to advance the discussions in case the proposal gets the “green light” from the CE.