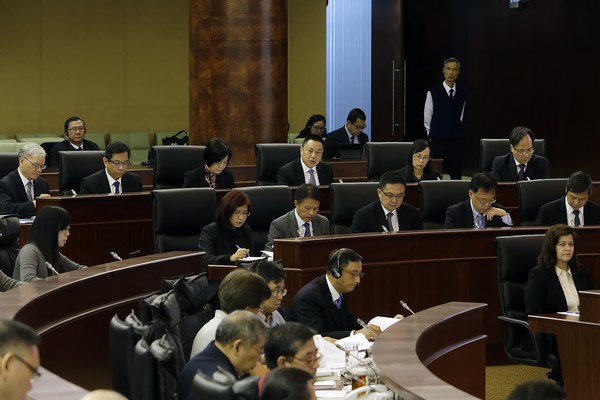 In an attempt to help the disabled further integrate into society, Finance Service Bureau (DSF) Director Stephen Iong Kong Leong said on Thursday that the bureau was drafting a bill on offering tax relief to employers who hire disabled residents, adding that the proposed tax relief would amount to 72,000 patacas per year for each disabled person hired.

The director said that the bureau planned to draft a bill proposing that reconstruction projects involving dangerous buildings, or buildings that were demolished in the public interest, will be given tax exemptions.

Iong made the announcement during Thursday’s Q&A session in the legislature’s hemicycle on the policy guidelines of the portfolio of Secretary for Economy and Finance Lionel Leong Vai Tac.

Responding to lawmakers’ questions about the government’s measures to encourage employers to hire disabled residents, Iong said the government was drafting special preferential taxation measures to increase the employment rate of the disabled.

“We are proposing in the bill that if a company hires a disabled person…it will be given a reduction of 72,000 patacas in its income tax,” Iong said, adding he expected the bill to be submitted to the legislature for debate and vote next year.

Leong also said that after discussions with the Lands, Public Works and Transport Bureau (DSSOPT) his bureau would propose two kinds of stamp duties to be exempted from any development involving the reconstruction of buildings officially classified by the DSSOPT as dangerous, or the reconstruction of buildings that were demolished in the public interest.

He also said his bureau would start drafting a bill on the matter soon and expected it to be submitted to the Legislative Assembly next year.