Healthcare, financial services, hi-tech and cultural industries will be among Macao’s focal points for advancing its economic diversification effort. 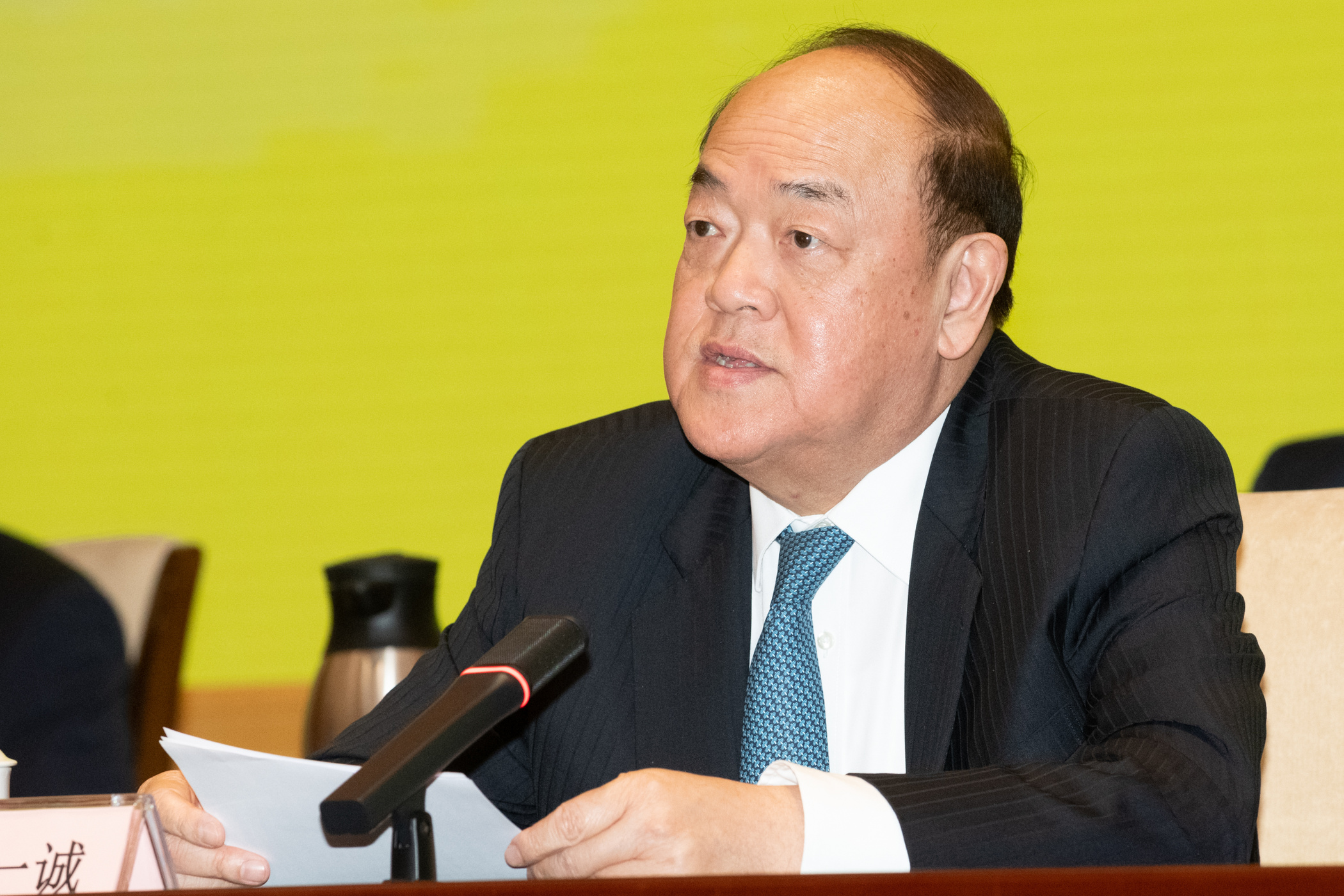 Chief Executive Ho Iat Seng has stressed the government’s determination to adhere to the principle of “patriots governing Macao”, and to maintain the long-term stability and prosperity of Macao.

Speaking at the headquarters of the Central People’s Government Liaison Office in Zape, Ho said that the government would implement the principle of “One Country, Two Systems”, and safeguard the authority of the nation’s Constitution and the MSAR Basic Law.

Ho called on government officials to be steadfast in implementing the principles of “One Country, Two Systems”, “Macao people governing Macao”, and Macao’s high degree of autonomy.

The chief executive shared four points of understanding from the recently-concluded meetings in Beijing of the National People’s Congress (NPC) and the National Committee of the Chinese People’s Political Consultative Conference (CPPCC).

The first point outlined by Ho is the need to ensure that the principle of “patriots governing Macao” is cemented as the MSAR’s social and political foundation.

Macao’s elections must be held in line with the political principle and standard of having patriots at the core, Ho said. The Legislative Assembly elections, slated for 12 September, should be held in a law-based, fair, just, open, and clean manner, while making sure that the “One Country, Two Systems” principle is applied in Macao without being bent or distorted, the chief executive underlined.

Ho’s second point is the need for unrelenting Covid-19-control efforts and the promotion of social and economic recovery. The government will step up its novel coronavirus control efforts, to ensure that the fight against the virus is being carried out scientifically, including ensuring an adequate supply of vaccines, according to Ho.

Ho’s third point is the need for Macao to align itself with the country’s 14th Five-Year Plan. Macao’s second Five-Year Development Plan will be formulated in line with national strategies, Ho stressed. He also said that Macao will seize development opportunities presented by the country, complementing Macao’s respective advantages with those of the mainland, and advancing development mechanisms.

Such steps would help Macao contribute even more to the country’s opening-up effort, and the development of a modern economy, the chief executive said.

The fourth point outlined by Ho is the need to seize opportunities presented by the Guangdong-Macao Intensive Cooperation Zone planned on Hengqin, to expedite Macao’s effort regarding economic diversification. The government will act in line with the central government’s planning, and work closely with the Guangdong and Zhuhai governments in advancing the major planning, major policies and major projects planned for the zone, Ho said.

Healthcare services, financial services, new and high-technology industries, and cultural industries will be Macao’s focal points for advancing its economic diversification effort, Ho said, adding that Macao would further strengthen its role as a world centre of tourism and leisure, and as a commercial and trade cooperation service platform between China and Portuguese-speaking countries, apart from Macao realising its strategic positioning as a multicultural exchange and cooperation base, with a special emphasis on Chinese culture, Ho said.