The Energy Sector Development Office (GDSE) will be merged with the Environmental Protection Bureau (DSPA) in January. 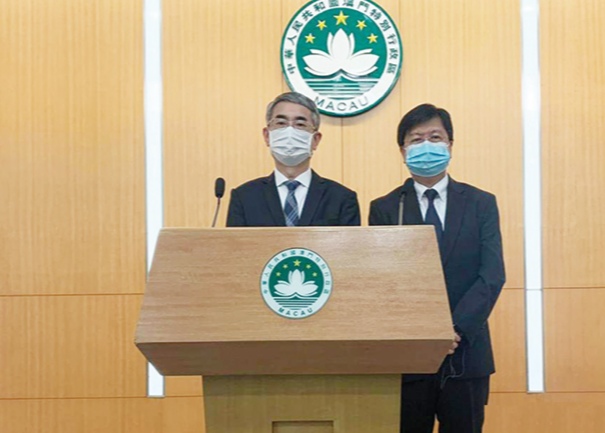 Secretary for Administration and Justice André Cheong Weng Chon, who is also the spokesman for the government’s top advisory Executive Council, has announced that the Energy Sector Development Office (GDSE) will be merged with the Environmental Protection Bureau (DSPA) in January.

Both entities belong to the portfolio of Secretary for Transport and Public Works Raimundo do Rosário.

Addressing a press conference at Government Headquarters on Friday, Cheong said that the government has finished drafting amendments to the existing administrative regulation (by-law) on the bureau’s organisational structure and operation, which was promulgated in 2009 when the bureau was established.

The Energy Sector Development Office was established in 2005 as a government “project team” tasked with formulating the city’s energy policies, overseeing the sector and ensuring a reliable energy supply.

The merger will take place on 1 January 2021 when the amended administrative regulation on the bureau’s organisational structure and operation takes effect.

The new Energy Sector Development and Management Department will be tasked with studying energy policies and the development of energy products, promoting the development of the city’s energy sector, and overseeing the operation of the public service concessionaires in the sector, according to the draft amendments.

All those working in the Energy Sector Development Office will be transferred to the Environmental Protection Bureau, Cheong said.

Also addressing Friday’s press conference, DSPA Director Raymond Tam Vai Man said that the number of staff members of his bureau following the merger will remain the same as the current total staff number of the two entities.

Tam also said that after the merger, his bureau will carry out “lateral moves” of its staff members, with the aim of relieving pressure on the departments which do not have enough staff.

Tam said that he believed that the merger between his bureau and the Energy Sector Development Office would create a “1+1>2” synergy effect, which would boost his bureau’s performance in promoting energy saving and emission reduction, such as promoting the use of natural gas and electric vehicles.

The Environmental Protection Bureau was elevated in June 2009 from its predecessor the Environment Council, a consultative body which was set up in 1989 when Macao was still under Portuguese administration.