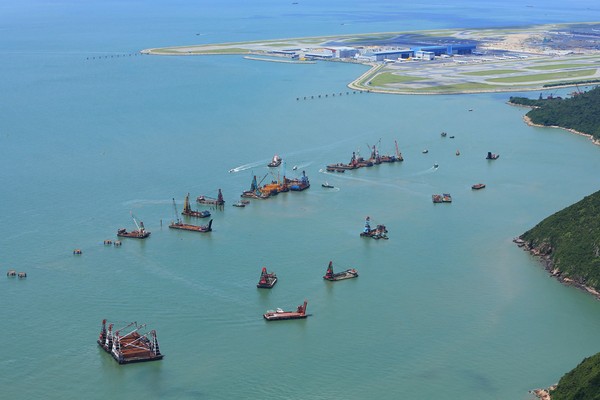 China’s State Council has proposed a “9+2” strategy that will create an enlarged Greater Pearl River Delta zone with coverage of Hong Kong, Macau and nine southern mainland provinces in a vision that will deepen economic, social, technological and infrastructure integration, according to a guidance document it released on Tuesday.

On top of Hong Kong and Macau, the nine provinces that will make up the mainland side of the “9+2” spanning from the coastal east to the inland west include Fujian, Jiangxi, Hunan, Guangdong, Guangxi, Hainan, Sichuan, Guizhou and Yunnan. Collectively, the region covers a third of the population and one-third in economic output in China.

The State Council’s plan proposes to connect the dots between the existing Closer Economic Partnership Agreement granted to Hong Kong and Macau, which is part of the central government’s plan to bring prosperity into the inland western provinces.

The council said the increased exchanges between the mainland and Hong Kong will help to maintain Hong Kong and Macau’s long-term prosperity and stability.

The document calls for speeding up the construction of the Hong Kong-Zhuhai-Macau bridge and the Guangzhou-Shenzhen-Hong Kong high speed railway, as well as cooperation between airports in the region.

It said the authorities would support mainland enterprises to set up regional headquarters in Hong Kong, and consolidate Hong Kong’s role as an offshore Renminbi centre.

Measures will also be forthcoming to make it easier for Hong Kong and Macau residents to work and live in the mainland, it said.

The creative industries in Hong Kong and Macau will also be encouraged to participate in the mainland entertainment industry, according to the document.

In addition, the free trade zones in the region will implement innovative policies to boost trade, financial sector development, and deepen cooperation with Hong Kong and Macau.

It also said Fujian, Guangdong, Guangxi, and Hainan will cooperate to develop the maritime economy and boost research and development spending in maritime science.

In trade, the council has proposed to integrate the various disparate local provincial economies to create a common market, with common market standards and principles. It also advocates for harmonised, commonly enforced market rules that will facilitate the free flows of goods to the mainland.

Ports within the region will be linked up to a central customs clearing IT infrastructure such that goods entering will not need to undergo multiple clearance procedures.

Local market regulators will be expected to enhance data sharing, while enforcement actions from the various disparate local legal systems among the nine mainland provinces will be gradually harmonised.

In a move to bolster trade confidence, a unified credit database system will be established for the nine provinces, the document said.