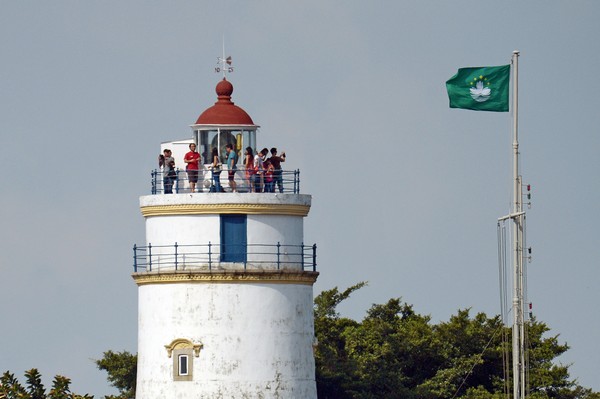 Fernando Chui Sai On acknowledged on Tuesday that the government is facing the dilemma of promoting the city’s development and protecting its heritage sites at the same time, but pledged that if “most residents” agreed to protect any building or sites which they thought were worthy of preservation the government would do its best to protect them.

Chui also said that what was important for the protection of the city’s heritage buildings and sites was that residents care about them and therefore more should be done to protect them.

Also asked by reporters as to whether the government would amend the relevant regulation on deciding the height limits for buildings in various areas surrounding the Guia Lighthouse, as activists are claiming that the regulation fails to protect the view of the lighthouse, Chui said that the government would do its best to protect the city’s UNESCO World Heritage sites within the current laws and regulations.

“Being a developing city, civil society should think about what should remain…I think not only Macau but every region or country has to face the same dilemma between development and the protection of heritage sites,” he said, adding: “Regarding the protection of the UNESCO World Heritage sites over the past 10 years, I think it is satisfactory.”

“We have to think about how to encourage locals to care about the protection of the city’s heritage sites …and then encourage them to submit their opinions,” Chui said, adding that his government would do its best to protect what most of the general public thought to be worthy of preservation.