The central government will continue to come up with measures to support Macau’s economic development, Central People’s Government Liaison Office 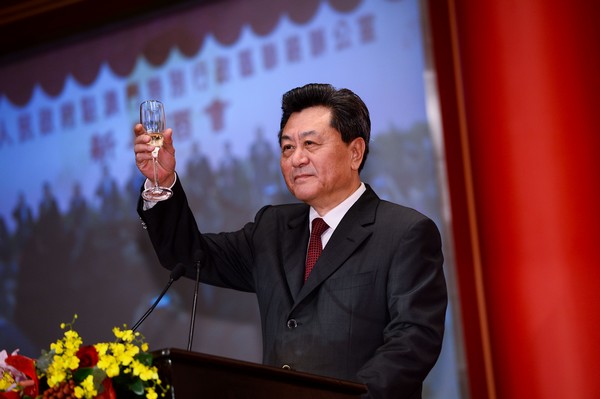 The central government will continue to come up with measures to support Macau’s economic development, Central People’s Government Liaison Office Director Li Gang said on Thursday, adding that he was confident about the local economy.

Li made the remarks on the sidelines of a Chinese New Year reception hosted by his office at Macau Tower.

Li is the highest-ranked central government official posted to Macau.

“We’ll announce them [the measures] when they are ready… they [the measures] are currently under discussion. Last year, the central government established a body dedicated to supporting Macau’s economic development,” Li said.

“Our [Macau’s] next step should be drawing up a good plan for the [development of the coastal waters covering an area of] 85 kilometres square, planning where to reclaim, build docks and carry out other economic activities,” Li said.

Li also said that the number of visitor arrivals in 2015 was still “rather good”, adding, ‘We’ll take measures if the number sees a huge decline”.

Li was also asked by reporters about the central government’s recent decision to appoint Zheng Zhentao, a former deputy director at the liaison office, as the director of the central inspection team dispatched to the National Audit Office in Beijing.

Meanwhile, addressing the reception, Li said that Macau would encounter some difficulties and challenges amid its “deep economic adjustments”, urging local society to raise its crisis awareness. “The mainland is the engine of Macau’s economic growth… it should find its proper position under the background of the nation’s reforms and opening up.”