Secretary for Security said the aim is to “[eliminate] the risk to Macao’s public security”. 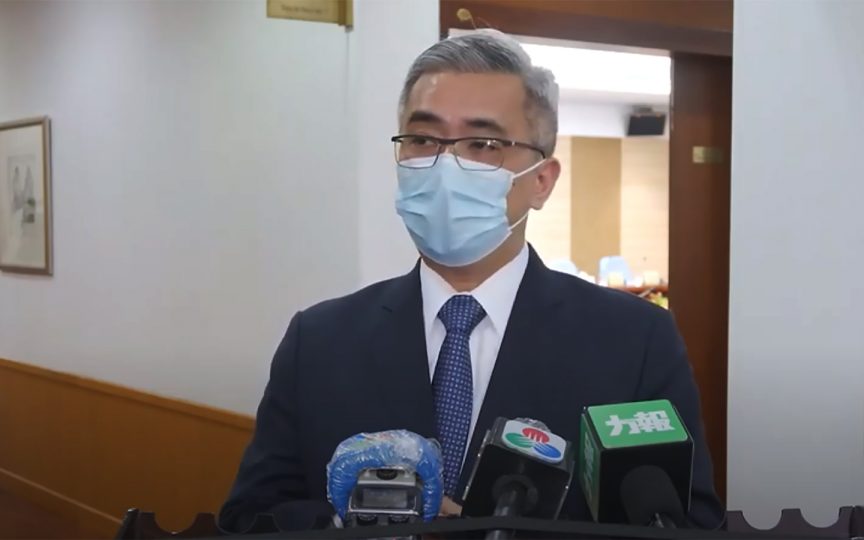 Secretary for Security Wong Sio Chak said on Tuesday that the current 60-day maximum detention period for illegal immigrants and overstayers needs to be scrapped, with the aim of “eliminating the risk to Macao’s public security”.

Wong made the remarks while speaking to reporters after attending a closed-door meeting of the legislature’s 2nd Standing Committee, which is reviewing, article-by-article, the government’s bill on fire safety in buildings and certain outdoor venues.

The government submitted a new ‘immigration, stay and residency’ bill to the Legislative Assembly (AL) earlier this month for debate, review and vote, which proposes to remove the current 60-day maximum detention period for illegal immigrants and overstayers. The bill also proposes that Macao’s immigration authorities can seize the travel documents of illegal immigrants and overstayers with the aim of preventing them from “maliciously” delaying their deportation process – as some of them may claim that they have lost their travel documents or even deliberately destroyed their documents.

The legislature has not yet scheduled a plenary session for the debate and vote of the bill’s outline.

The bill proposes that while the deportation of an illegal immigrant or overstayer will have to be carried out within 60 days, the 60-day requirement may not be carried out in certain situations, such as when the immigration authorities cannot confirm a potential deportee’s identity within the 60-day period, or when he or she does not have any ID document. However, the bill proposes that the detention period cannot exceed 24 months under any circumstances.

Wong said that this situation is causing a serious impact on Macao’s security and stability, considering that usually the illegal immigrants and overstayers do not have the means to sustain their livelihoods.