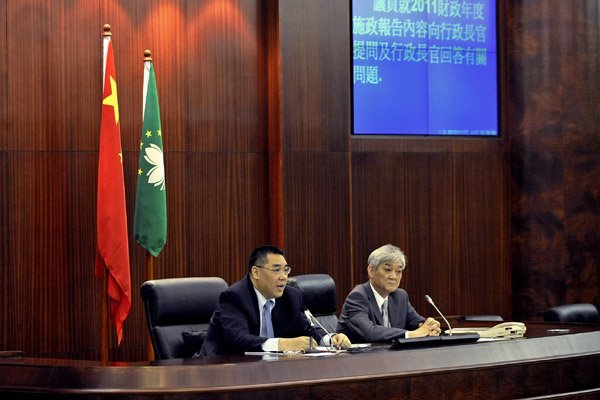 Macau, China, 18 Nov – Macau’s Chief Executive Fernando Chui Sai On Wednesday told lawmakers he intended tostrengthen the leverage of recommendations sent by the Commission Against Corruption (CCAC) to government bureaus and other public entities about their alleged maladministration.

Chui also said that the government was drafting a bill on amending the CCAC’s organisational framework law so that the chief executive would always have to be informed of any recommendations issued by the anti-graft body to government entities.

The chief executive also suggested that the bill would force government bureaus and other public entities to respond to the CCAC’s recommendations within a specific period of time.

Chui made the remarks during a question-and-answer session about his 2011 Policy Address in the legislature.

According to The Macau Post Daily Chui said that the bill, which would have to be passed by the legislature to become law, would clearly indicate a time span for the respective public entities to respond to the CCAC’s recommendations.

Chui aid that his direct involvement in responding to the CCAC recommendations would lift the government’s efficiency. He said he expected the bill to be submitted to the legislature soon.