Dr Manson Fok is Dean of Health Sciences at Macau University of Science and Technology (MUST) and Director of the MUST hospital. He has launched the city’s first degree course to train doctors, which will begin in September 2019. 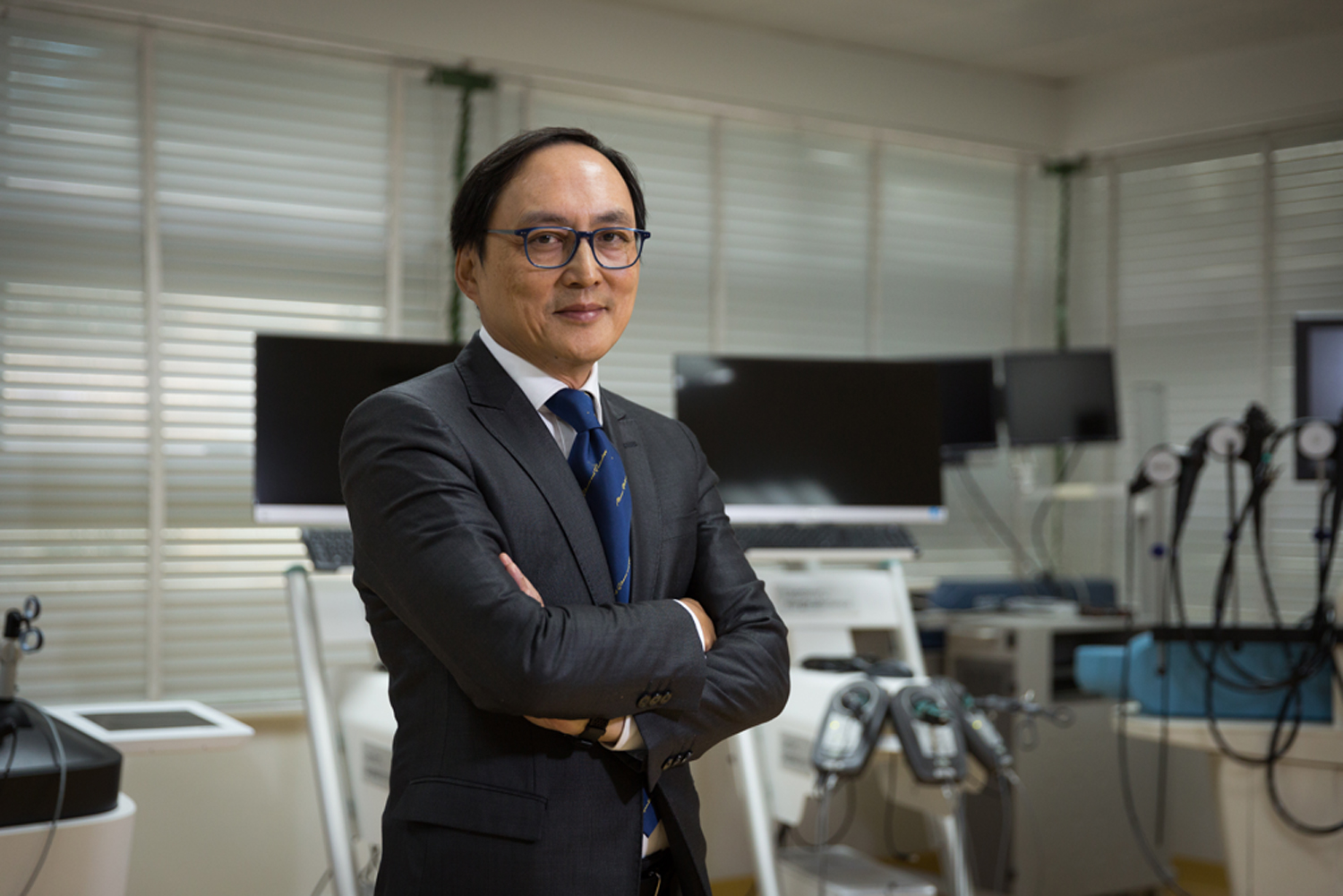 Dr Manson Fok is Dean of Health Sciences at Macau University of Science and Technology (MUST) and Director of the MUST hospital. He has launched the city’s first-degree course to train doctors, which will begin in September 2019.

He is a surgeon, research pioneer and philanthropist.

He is the founding chairman of Virtus Medical Group, which is one of the largest medical specialist practices in Hong Kong, with expansions in the Big Bay Area and major cities in China.

Born in 1957, Manson was the ninth of 13 children born to Henry Fok and his three wives. Born in May 1923, Henry Fok was one of the wealthiest businessmen in Hong Kong, with interests in real estate, restaurants and petroleum. He was also vice-chairman of the Chinese People’s Political Consultative Congress, making him one of the most powerful Hong Kong people in the mainland political system. He died of a cancer-related condition in October 2006.

“I was a younger child and my parents did not pay so much attention to me,” said Dr Fok. “The elder ones went into business and I was left on my own. My parents said that being a professional was good, so I chose to become a doctor. When I decide something, I go through with it. I have been happy with my choice.”

He expanded his interests outside medical practice. He became an adjunct professor in the Department of Applied Biology and Chemical Technology at the Hong Kong Polytechnic.

He is a director of Athenex, a company that listed on the Nasdaq in New York on 14 June 2017 and has a market capitalisation of nearly US$1 billion. The firm is about 60 per cent owned by Hong Kong investors.

According to its website, “Athenex is a global biopharmaceutical company dedicated to the discovery, development and commercialisation of novel therapies for the treatment of cancer. Our proprietary delivery system allows a class of existing high potency oncology drugs to be dosed orally to improve patient outcomes and quality of life.”

Dr Fok said: “In the future, it is possible that cancer can be like a chronic disease, like AIDS, which is not a deadly disease any more. You will be able to take a pill to control it. There is no cure for cancer, as none for AIDS. But it can be like a chronic condition, not a life-threatening one. It is the same with hypertension and diabetes; there is no cure. But they are controlled by oral medication.”

He is also chairman of Avalon BioMedical Management Ltd, a Hong Kong biomedical firm. Avalon is an investment holding company with a focus on Asian life sciences development and commercialisation. “We have a dedicated management team with broad experience from around the world. We strive to develop and commercialize first-class life sciences products for the benefit of mankind,” its website says.

Hewas awarded the 2014 Gusi Peace Prize in Humanitarianism for his contributions to medical education, healthcare delivery and cross-border biotechnology developments that act as a bridge within Asia and across continents. In 2015, Dr. Fok was appointed as the President of the the same Peace Prize Foundation (2017-18)to continue promoting peace, cooperation and healthcare development in the Asia-Pacific region.

Asked how he could combine so many different activities, he said that he worked with very good teams. “They help me run these companies. They do not have ego. Everyone is multi-fuctional now. You must make best use of your time.”

His wife is also a doctor; their children are grown-up and working. “I hope she does not retire,” he said with a smile.