Gangsters, who are believed to have been operating for some time, lie in wait for possible victims, and then provide forged certification for MOP 800. 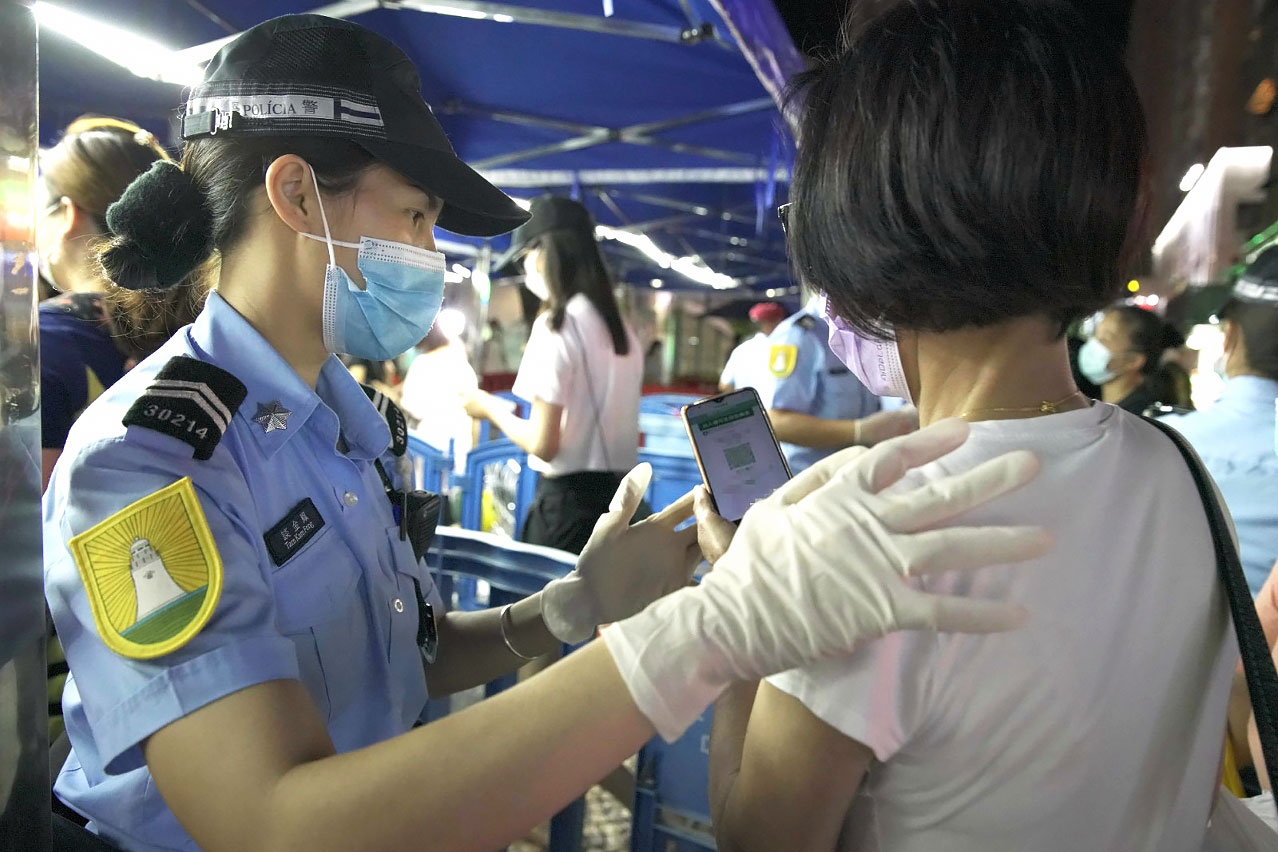 A 33-year-old mainland woman was arrested at the border on Tuesday after trying to leave with a forged Macao Health Code.

Judiciary Police (PJ) spokesman Leng Kam Lon said the woman, surnamed Cao, was rushing to catch a flight from Zhuhai airport. As her own negative nucleic acid test (NAT) result had expired she obtained a forged Health Code via her smartphone from a member of a criminal gang.

Both Cao and her accomplice, a 47-year-old surnamed Fu, have been arrested by Judiciary Police.

According to Leng, Cao chose not to undergo a new NAT and instead to “buy” the forged health code from Fu as she needed to rush to Zhuhai airport to catch a flight.

On Tuesday afternoon, according to Leng, Fu approached Cao outside the Barrier Gate border checkpoint. He told her that he could provide an “express car transport service” to the airport. Cao agreed and they proceeded to the checkpoint together.

In the departure hall, Cao presented her paper NAT certificate to a security guard. However, the seven-day validity of her negative NAT result had already expired as she underwent a nucleic acid test on Sunday last week. The security guard told her to undergo a new NAT before crossing the border.

Half an hour later, the duo returned to the departure hall, when Cao showed the security guard a screenshot of a Macao Health Code indicating a negative NAT result on her smartphone, Leng said.

Having become suspicious, the security guard told Cao to go to the Health Bureau’s Covid-19 counter. After scanning the Macao Health Code screenshot on Cao’s smartphone, Leng said, health officials discovered that the health code’s personal information was not Cao’s. The case was immediately reported to the Judiciary Police.

According to Leng, under questioning Cao admitted that she had paid Fu MOP 800 so that she could get a Macao Health Code and a Guangdong Health Code, which both belonged to another person, indicating a negative NAT result.

According to Leng, Fu admitted that he is a member of a mainland gang providing forged Macao Health Codes and Guangdong Health Codes for travellers whose negative NAT result had already expired.

Fu told PJ officers that his role was to look for Macao-Guangdong travellers who could not cross the border due to expired NAT results. After he had reached a deal with a traveller, the gang members in the mainland then generated forged Macao and Guangdong Health Codes and sent them to the traveller’s smartphone.

PJ officers are still investigating how long the gang has been operating, how many clients it has serviced and how much money it has accumulated.

The duo have been transferred to the Public Prosecution Office for further questioning, with both facing computer forgery charges.