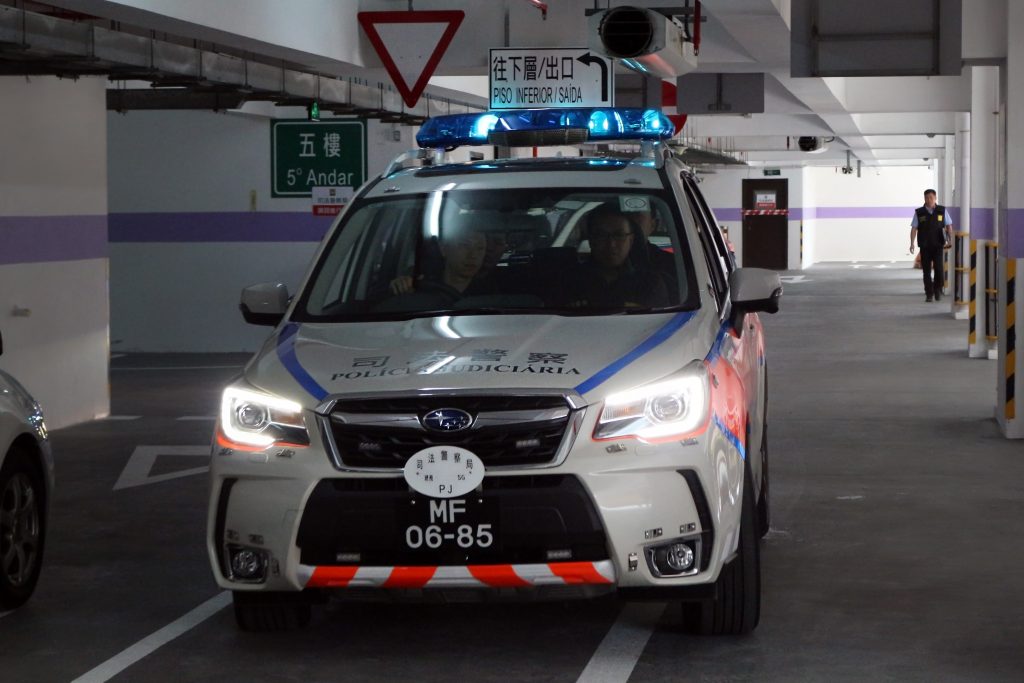 Two men and a woman from the mainland were arrested on Friday in Nape for drug-related offences involving an estimated street value of more than MOP 1.26 million including 384 grammes of liquid ice hidden in facial mask packs, the first case of its kind discovered in Macao, Judiciary Police (PJ) spokeswoman Lei Hon Nei said at a special press conference on Saturday.

According to Lei, during an anti-crime operation on Friday near a hotel in Nape, PSP officers saw Guan looking suspicious, intercepted him and seized four packets of facial masks from him. The Judiciary Police later searched Guan’s home in Nape and seized 25.3 grammes of a “suspicious” powder, 7 grammes of ecstasy (MDMA) packaged as snacks, drug packaging tools, a digital scale, drug-taking paraphernalia, and a taser.

Afterwards, the Judiciary Police searched a guest room in the hotel in Nape outside of which Guan had been intercepted earlier. Liu and Chen were in the room when PJ officers arrived and discovered that Chen was in possession of other people’s identity documents, and seized 1.79 grammes of a “suspicious” powder from the room, according to Lei.

The Judiciary Police later confirmed that the four packs of facial masks found on Guan contained 384 grammes of liquid methamphetamine (ice). Under questioning, Guan admitted he had been instructed by a drug gang in the mainland to sell drugs at specific locations in Macao, but refused to reveal any further information. Liu and Chen also refused to cooperate with the police. The trio were given urine drug tests, and they all tested positive for ecstasy and ice.

According to Lei, the estimated total street value of the drugs seized by the police was about MOP 1.26 million. At the time of the press conference, the police were still waiting for the details of what the 27.09 grammes of “suspicious” powder is for a follow-up investigation. The Judiciary Police are continuing to search for other suspects and sourcing the drugs, Lei said.

The trio were transferred to the Public Prosecutions Office (MP) on Saturday. While Guan faces charges of drug trafficking, drug abuse and possession of drug-taking paraphernalia as well as possession of prohibited weapons and explosives, Liu and Chen face drug abuse charges, and Chen also faces a charge of possession of other people’s identity documents, according to Lei.