Eight suspects and 29 prostitutes nabbed as well as hoard of sex work paraphernalia and MOP 240,000 in suspected illegal earnings. 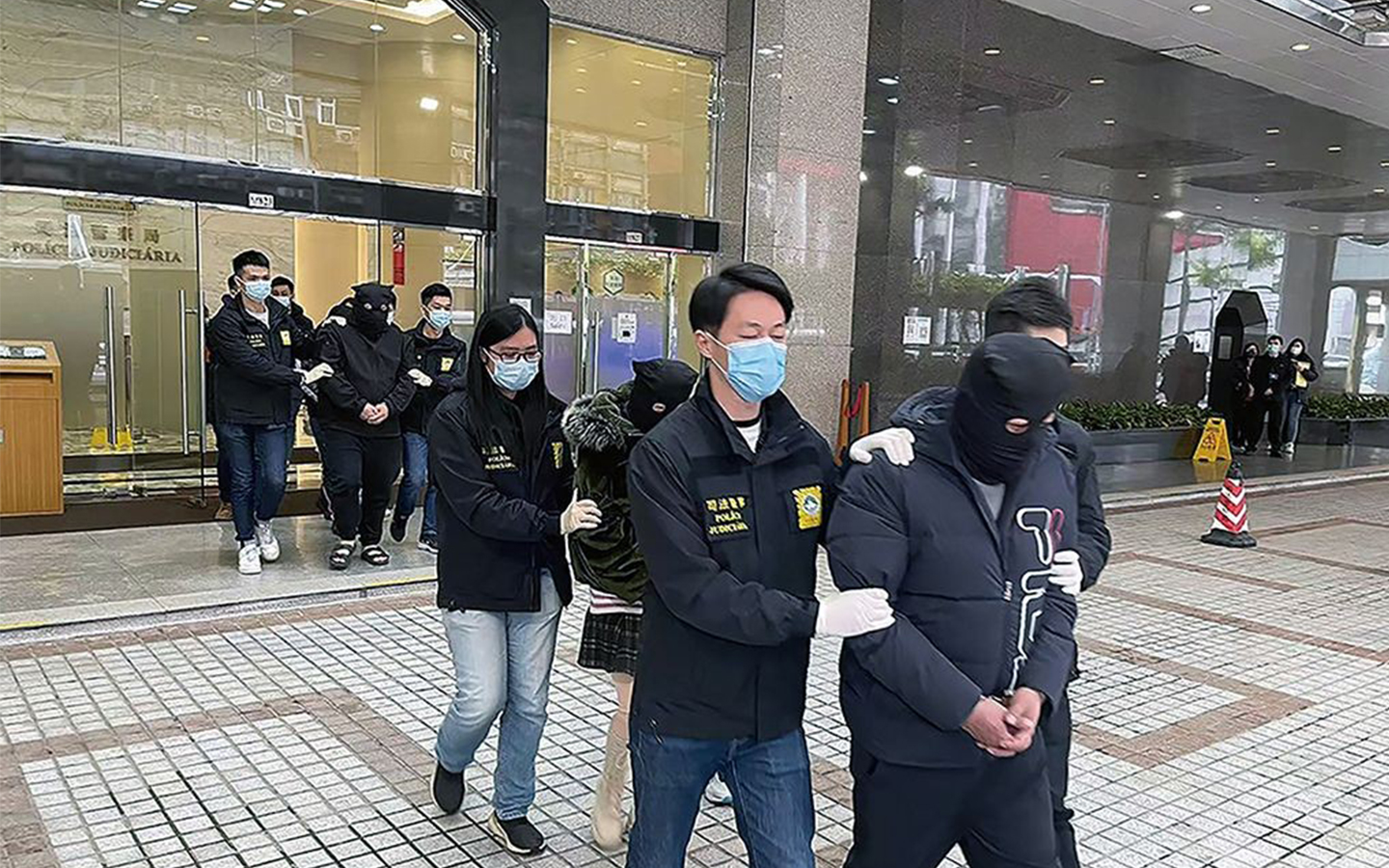 One woman and seven local men, including a civil servant, were arrested on Sunday for their alleged involvement in a cross-border prostitution gang.

Police seized large quantities of disposable towels, about 20,000 condoms, massage oil, personal lubricant and other sex-work paraphernalia as well as MOP 240,000 in cash suspected to be earnings from prostitution.

The eight local suspects comprise a 40-year-old jobless man surnamed Lei who the police suspect to be the kingpin of the gang, three key gang members – a 35-year-old male civil servant surnamed Fong, a 33-year-old female real-estate agent surnamed Chan and a 54-year-old male food factory worker surnamed Leng, and four other local male suspects aged between 58 and 67. The 29 female sex workers, aged between 26 and 52, are from different provinces in the mainland.

According to the spokeswoman, the PJ had received numerous tip-offs since 2020 about a number of locals controlling prostitutes.

After exchanging information with the Public Security Bureau in Zhuhai the PJ identified the suspects. Officers swooped on Sunday and arrested the eight suspects at their homes. They also raided two hotels in the city centre and took the 29 sex workers as well as the eight suspects to a police station for further investigation.

The officers discovered that the gang rented a parking space in ZAPE for MOP 2,000 per month to store sex-work paraphernalia. More than 80 items including smartphones, tablet computers, hard drives and suspected illegal earnings of MOP 240,000 were seized during the operation.

The spokeswoman said that the gang had been operating for about three years, and its members had opened dozens of chat groups on their smartphones to attract mainland women to come to Macao for prostitution.

After the women joined the chat groups, they needed to pay a “membership fee” ranging between 100 and 300 yuan. After each sex deal, the prostitutes were required to pay a virtual “red envelope” of several hundred yuan to the chat group owners.

According to the spokeswoman, Lei was tasked with taking “sexy photos” of the prostitutes, providing contact numbers and posting the photos and numbers online. Each sex deal cost between MOP 250 and 1,300. Fong’s job was to post online “recruitment messages” for which he received between nine and 88 yuan per message.

According to the spokeswoman, Fong amassed up to MOP 100,000. Chan’s job was to purchase sex-work items online and then to sell them to the prostitutes, earning the price difference. Chan and Leng were tasked with delivering the sex-work paraphernalia as well as delivering meals. Chan told the police that she had earned MOP 1.4 million.

The spokeswoman said that the sex workers entered Macao with valid travel documents. The PJ discovered that dozens of phone numbers used for prostitution were registered under the names of the four other local suspects who refused to cooperate with the police. Officers are continuing their investigation into the case, looking for other possible suspects.

The eight suspects and the sex workers were transferred to the Public Prosecutions Office yesterday. The suspects face charges of organised crime and controlling prostitutes, according to the spokeswoman.

Customarily, sex workers from the mainland are merely deported and barred from entering Macao for a period of time.

While prostitution is not illegal in Macao, it is illegal to live off the earnings of a prostitute. Tourists are not allowed to engage in gainful employment during their stay here, The Macau Post Daily reported.