A man who spoilt 320 facemasks with saliva and mucus in February has been given a 10-month jail term suspended for two years. 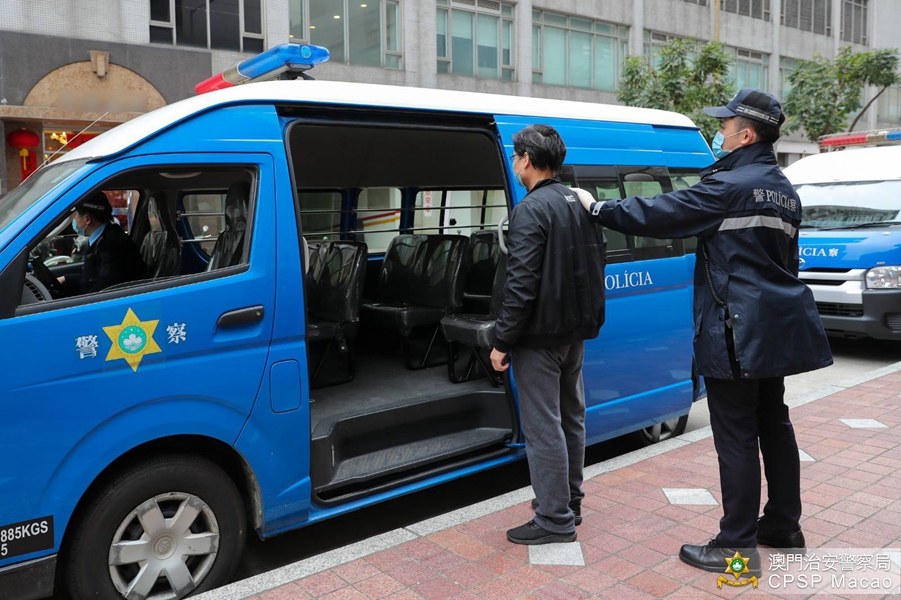 A man who spoilt 320 facemasks with saliva and mucus in February has been given a 10-month jail term suspended for two years, a statement from the Public Prosecutions Office (MP) said on Wednesday.

The defendant stood trial for aggravated criminal damage for spoiling the 320 facemasks that were to be sold to the public by deliberately smearing them with saliva and mucus at a Health Centre in Coloane.

The statement said that the Court of First Instance (TJB) found the suspect guilty, and handed out the sentence of 10 months behind bars, suspended for two years.

In addition, the statement said that a Hong Kong resident stood trial for breaking the government’s 14-day medical observation rule while in mandatory quarantine in a designated hotel by leaving the guestroom twice, letting people into the room and also going out of the hotel to do some shopping.

The statement said that the Court of First Instance found the Hong Kong resident guilty of breaking epidemic prevention measures. The defendant was sentenced to a three-month jail term suspended for two years, adding the condition for the suspended sentence is that the defendant donates MOP 80,000 to a social welfare institution designated by the court as a way to compensate for the harm done.

The MP statement said that the court pointed out in its two sentences that both offences were committed at a time when Macao was in a critical period of fighting and preventing the COVID-19 epidemic, adding that abiding by anti-epidemic rules and cherishing anti-epidemic supplies are a common code of conduct and duty for all citizens and visitors, and that no one should ignore legal orders or break anti-epidemic work for personal gain.

The statement said that the court gave the two suspects each a jail sentence to send a message that all members of the public must abide by the law.

The statement added that Macao’s epidemic prevention work didn’t come easy, urging the public to follow all anti-epidemic rules, follow the government’s measures and maintain a safe and hygienic environment together.

“Do not subject yourself to criminal prosecution by breaking epidemic prevention work,” the MP statement concluded.