Three men were arrested on Wednesday for drug trafficking involving 15.83 grammes of ice and one magu pill with an estimated street value of MOP 53,000. 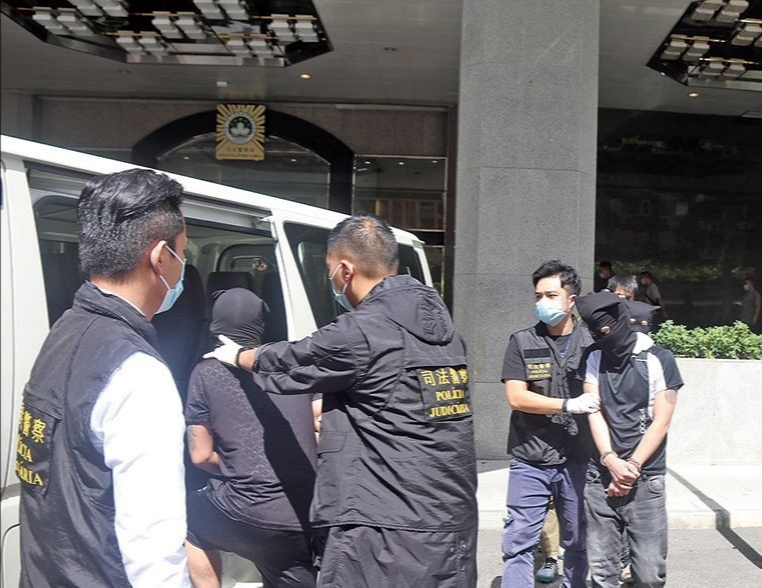 Three men were arrested on Wednesday for drug trafficking involving 15.83 grammes of ice and one magu pill with an estimated street value of MOP 53,000 (US$6,600), PJ spokesman Ho Chan Nam said at a special press conference on Thursday.

According to Ho, the trio were members of a drug-trafficking gang of which Mai was the most “senior” and Le the most “junior” member.

Ho said that PJ officers were tipped off recently that a drug trafficking gang was active in the Avenida de Horta e Costa neighbourhood. PJ officers identified Le and put him under surveillance in the area on Wednesday. The officers intercepted Le at about 6 pm and found four packets of ice weighing 2.18 grammes on him. Afterwards, based on the information provided by Le, the officers arrested Dang and Mai later that day and found 4.2 grammes and 9.45 grammes of ice on them respectively. In addition, one magu pill and drug-taking paraphernalia were found in Dang’s home.

Under questioning, Le told the police that he sold packets containing 0.5 grammes of ice for MOP 1,000 to his Vietnamese friends and received MOP 200 for each pack he sold. Le said he had helped the gang sell drugs for about a month and got paid a total of MOP 6,000, according to Ho.

Ho said Dang admitted to hiring Le to help sell drugs, but refused to reveal the source of the drugs, while Mai refused to cooperate with the police.

The trio underwent urine drug tests. Dang and Mai tested positive. The police believe that Mai provided the drugs for Le and Dang to sell, according to Ho.

The three suspects were transferred to the Public Prosecutions Office (MP) on Thursday, each facing a drug trafficking charge, while Dang and Mai also face drug-taking charges. Moreover, Dang faces a charge of possession of drug-taking paraphernalia.

Magu is a narcotic consisting of methamphetamine (popularly known as “ice”) and caffeine.