Two shoplifters stole over 220 items worth MOP 36,000 from six shops in two days. 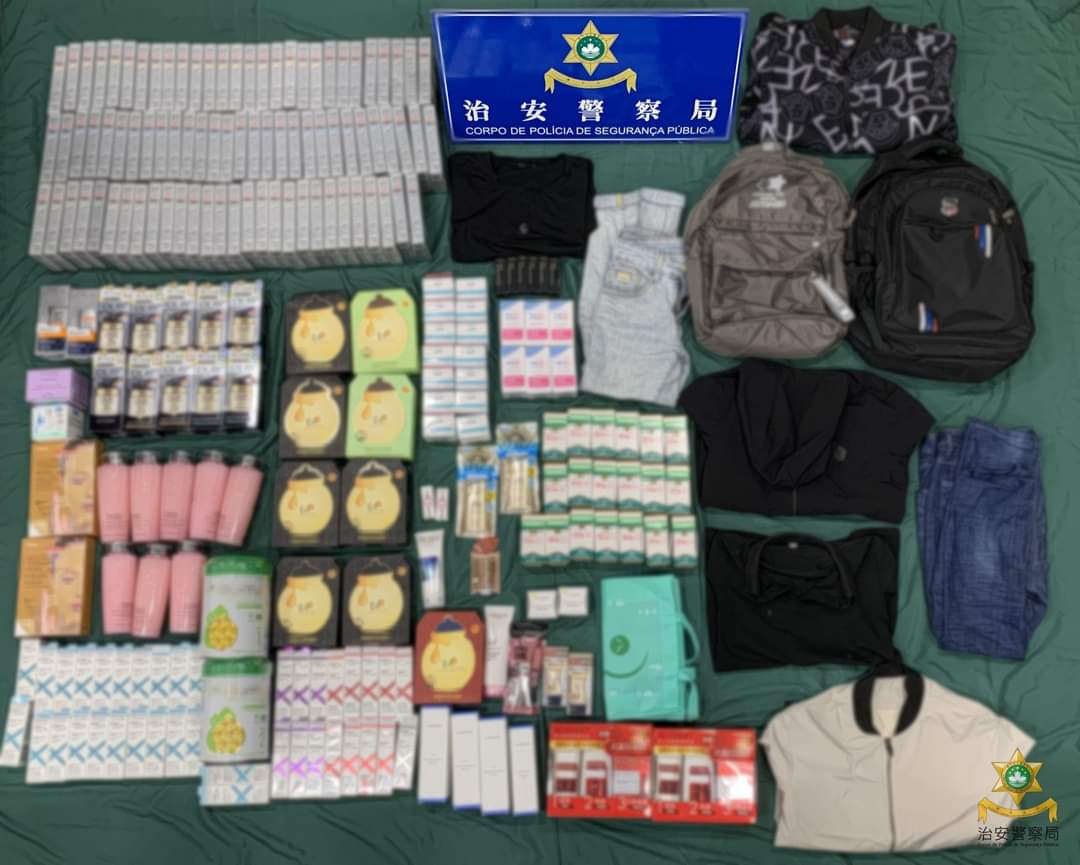 According to Wong, last Sunday evening, the police received a report from a staff member of a shop in Istmo de Ferreira do Amaral in Areia Preta district about two shoplifters stealing from the shop multiple times on the previous day.

Wong said that the police watched the shop’s CCTV and found that the two males were also stealing from two other shops in Rua Nova de Toi San and Praça das Portas do Cerco, adding that the police identified the two men and arrested them at a hotel in Estrada do Arco at 11 pm on the same day.

According to Wong, the suspects surnamed Hu and Liu are aged 31 and 37 respectively. Wong said that both held Exit-Entry Permits for Travelling to and from Hong Kong and Macao (informally known as “two-way permits”) and claimed to be restaurant owners in the mainland. Wong said that they stole items from the six shops and planned to resell them in the mainland for cash because they had gambled their money away in local casinos.

According to Wong, the two suspects have been transferred to the Public Prosecutions Office (MP), both facing theft charges.