Two local men were arrested on Monday for buying drugs online from overseas and having them delivered by courier to Macao via the mainland. 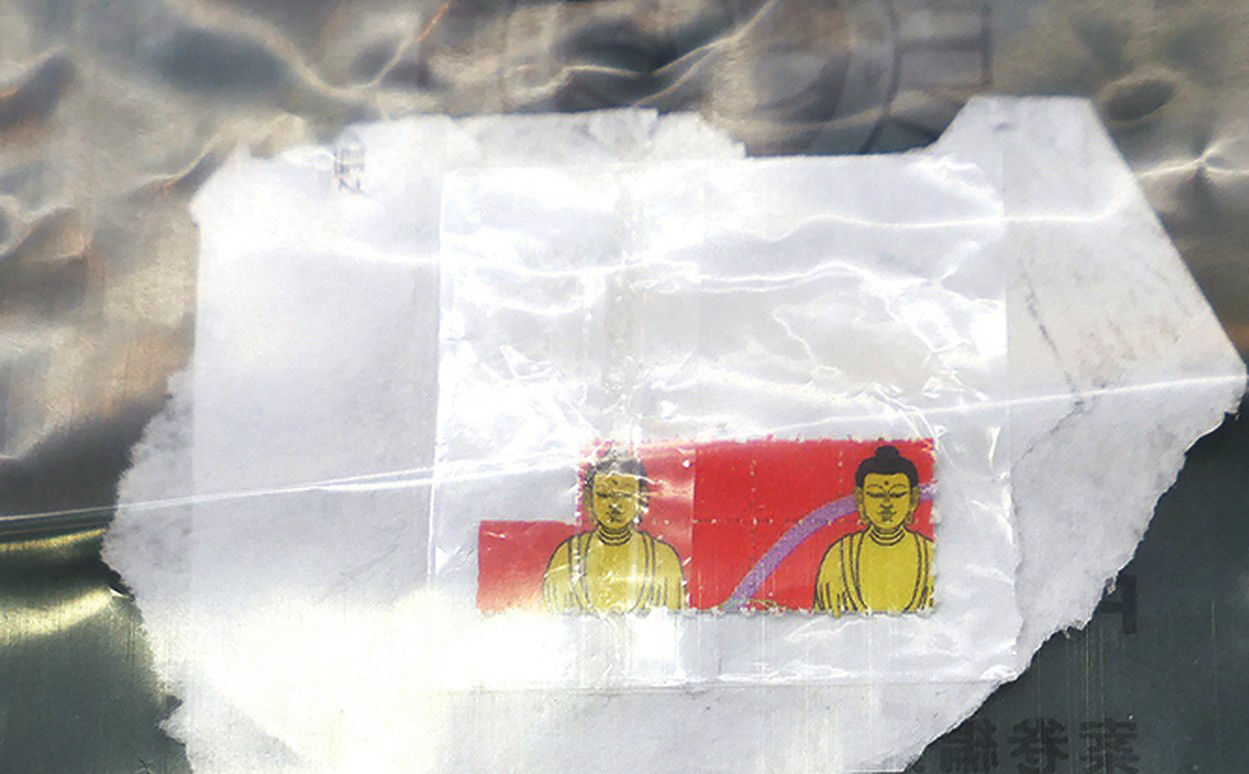 Two local men were arrested on Monday for buying drugs online from overseas and having them delivered by courier to Macao via the mainland. The drugs were sent as a “document” which turned out to contain 0.52 grammes of LSD with an estimated street value of about MOP 3,000, Judiciary Police (PJ) spokeswoman Lei Hon Nei said at a special press conference on Tuesday.

According to Lei, due to a number of recent drug trafficking cases arriving in Macao via courier companies, the Judiciary Police, Macao Customs Service and the mainland’s Public Security Bureau have been reinforcing their intelligence exchanges to combat cross-border drug trafficking.

Lei said the Zhuhai Public Security Bureau notified the Judiciary Police on Saturday that the mainland’s Anti-Smuggling Bureau discovered a “document” during random inspections which was suspected of containing drugs to be delivered to Macao through a courier company.

The “document” was scheduled to be delivered via the Hong Kong-Zhuhai-Macao Bridge to a pick-up point of the courier company in Taipa on Monday morning.

The duo were arrested when they were about to get into their car after picking up the plastic pouch.

PJ officers seized 0.52 grammes of LSD from the duo. A piece of paper with two Buddha images on it was found to have been soaked with LSD, and the drug-soaked piece of “Buddha paper” was hidden among a pile of blank sheets of white paper, according to Lei.

Under questioning, Kong and Ng admitted that they had the habit of taking drugs such as LSD and marijuana. This time, they bought the LSD for MOP 1,000 online from a supplier overseas, and the drugs were delivered by a courier company via the mainland to Macao. They told the police that they used the same modus operandi to buy marijuana online in mid-July which they also received by courier delivery.

Lei did not reveal the country from where the drugs arrived in Macao. The plastic pouch displayed during Tuesday’s press conference identified the courier company as SF Express, which is headquartered in Shenzhen.

Both were sent for a urine drug test, the results of which showed Kong tested positive and Ng tested negative.

Kong and Ng were transferred to the Public Prosecutions Office (MP) on Tuesday, facing charges of the illegal use of, and trafficking in narcotic and psychotropic substances, according to Lei.

Lysergic acid diethylamide (LSD), also known colloquially as acid, is a hallucinogenic drug. Effects typically include altered thoughts, feelings, and awareness of one’s surroundings. Many users see or hear things that do not exist. Dilated pupils, increased blood pressure, and increased body temperature are typical. Effects typically begin within half an hour of taking the drug and can last for up to 12 hours. It is used mainly as a recreational drug or for spiritual reasons.

The route of taking LSD is by mouth, under the tongue, or intravenously.