Integration and development of information technology also given high priority during top-level discussions. 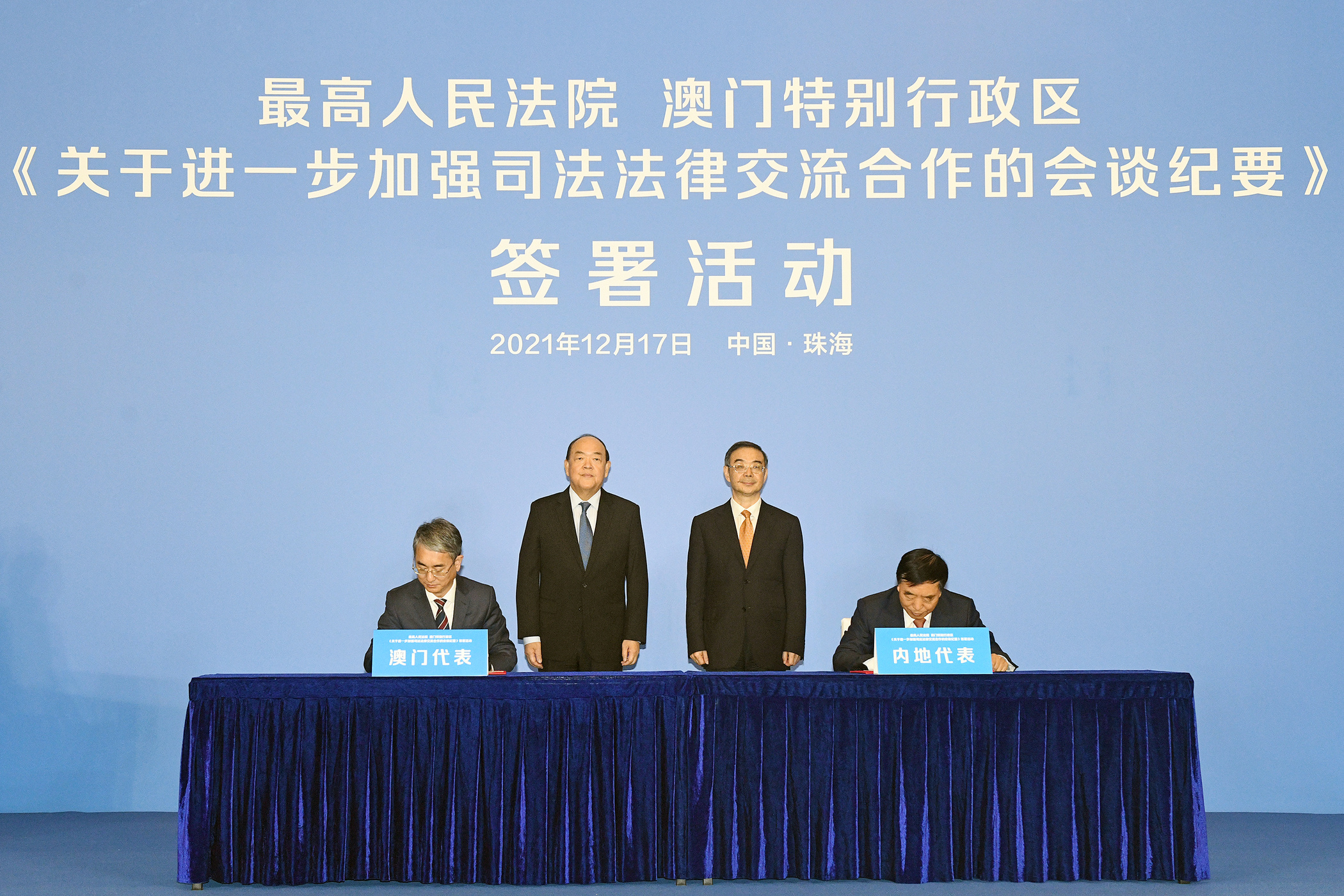 The Macao Special Administrative Region (MSAR) and the Supreme People’s Court (SPC) have signed Minutes of Talks on further strengthening judicial and legal exchanges and cooperation.

The document was signed by SPC Vice-President Yang Wanming and MSAR Secretary for Administration and Justice Andre Cheong Weng Chon.

According to the Macao Government Information Bureau, the signing of the Minutes of the Talks “will help strengthen judicial and legal exchanges and cooperation between Macao and the mainland, and ensure the development of the Guangdong-Hong Kong-Macao Greater Bay Area (GBA) and Hengqin Guangdong-Macau In-depth Cooperation Zone”.

After the signing ceremony, the two sides discussed how to strengthen the development of the rule of law in the zone.

The main contents of the Minutes of the Talk stated that the two places will jointly promote the convergence of judicial and legal rules and mechanisms, establish and improve a diversified dispute resolution mechanism for cross-border commercial matters, encourage and promote normalised and institutionalised judicial and legal exchanges and cooperation, strengthen cooperation in legal affairs, promote the integration and development of information technology (IT) and the rule of law, and further play the role of a bridge between Macao and Portuguese-speaking countries and regions, The Macau Post Daily reported.