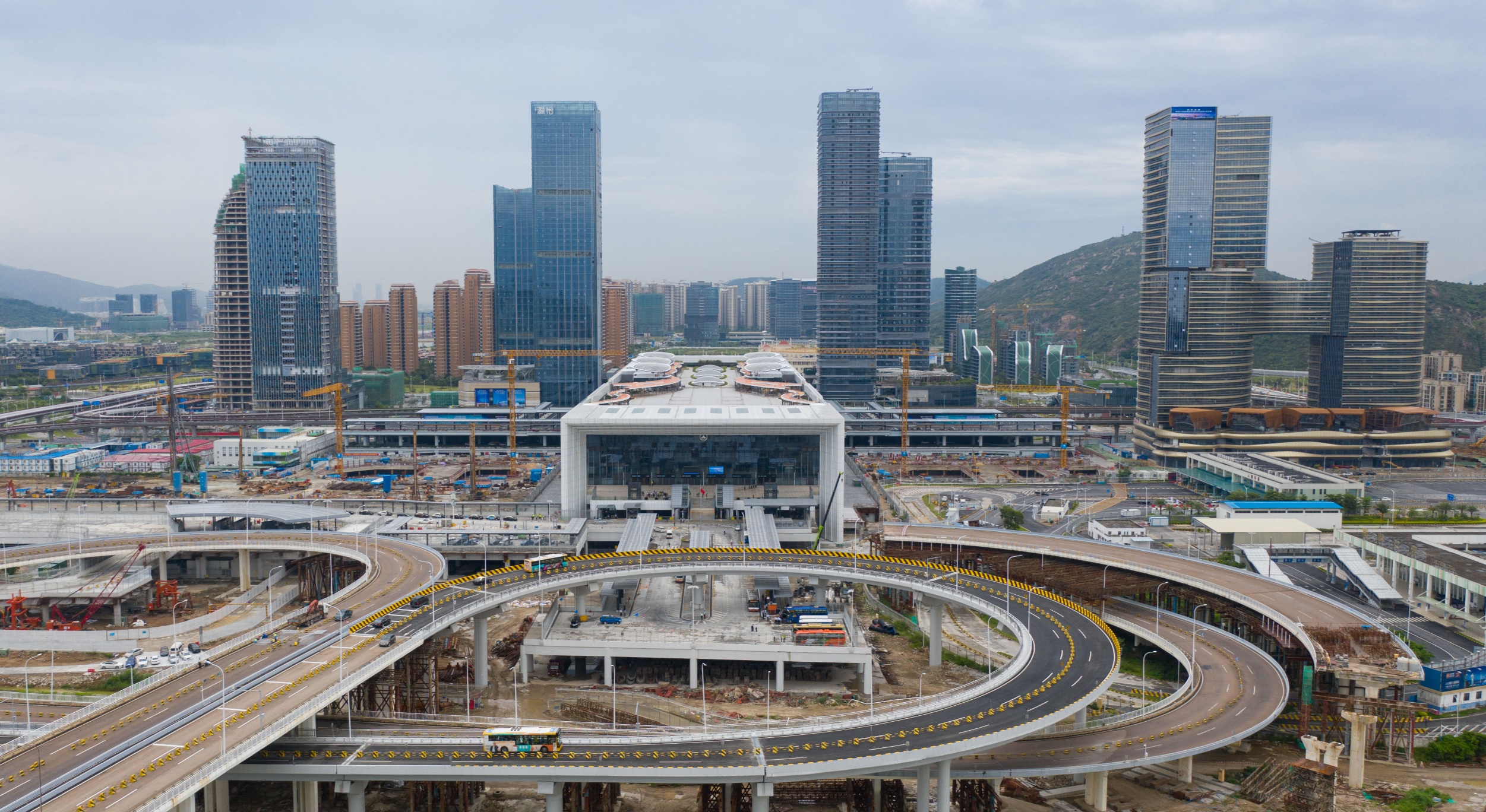 Almost half of the new Light Rail Transit (LRT) Cotai-Hengqin section has been completed, and the project is on track to open in September 2024.

The Public Works Bureau (DSOP) said that the work on the cross-border line has been carried out “smoothly” since starting in March last year.

The project is a two-station line connecting Macao’s Cotai and Zhuhai’s Hengqin Island, and is being built by Nam Kwong – the only state-owned enterprise headquartered in Macao – for MOP 3.5 billion.

The 2.2-kilometre section between Cotai and Hengqin will include a 900-metre underwater tunnel. A one-way journey will take about three minutes.

The LRT Cotai-Hengqin section will link the area of the now-defunct Lotus Flower checkpoint building in Cotai with the Macao-Zhuhai joint border checkpoint in Hengqin.

The Lotus Flower checkpoint building was demolished after the Macao-Zhuhai joint checkpoint in Hengqin came into service in August 2020.

The Cotai-side station of the LRT Cotai-Hengqin section will be located where the former Lotus Flower checkpoint building was located.

The LRT elevated track will gradually descend from the elevated segment in Cotai and cross the Cotai-Hengqin river via an underwater tunnel before arriving at the underground station at the Hengqin checkpoint.

According to the DSOP, the building contractor is required to complete the line by September 2024.

The statement said that the Cotai-side station will be called HE1, and the latest completion rates of the station’s main structure, elevated-track structure and open-air tunnel excavation works have reached around 20 per cent, 60 per cent and 85 per cent respectively.

The Hengqin-side station will be called HE2, and around 39 per cent of the open-air pit excavation work of the underground station’s main structure has been completed.

The DSOP noted that the overall completion rate of the LRT Cotai-Hengqin section has reached around 49 per cent, The Macau Post Daily reported.