About 110,000 residents went to top up their consumption subsidy smartcard on Monday, the first day of the procedure, according to a statement from Economic Services Bureau (DSE), as the government’s second phase subsidy scheme giving each resident MOP 5,000 to spend locally begins on Saturday. 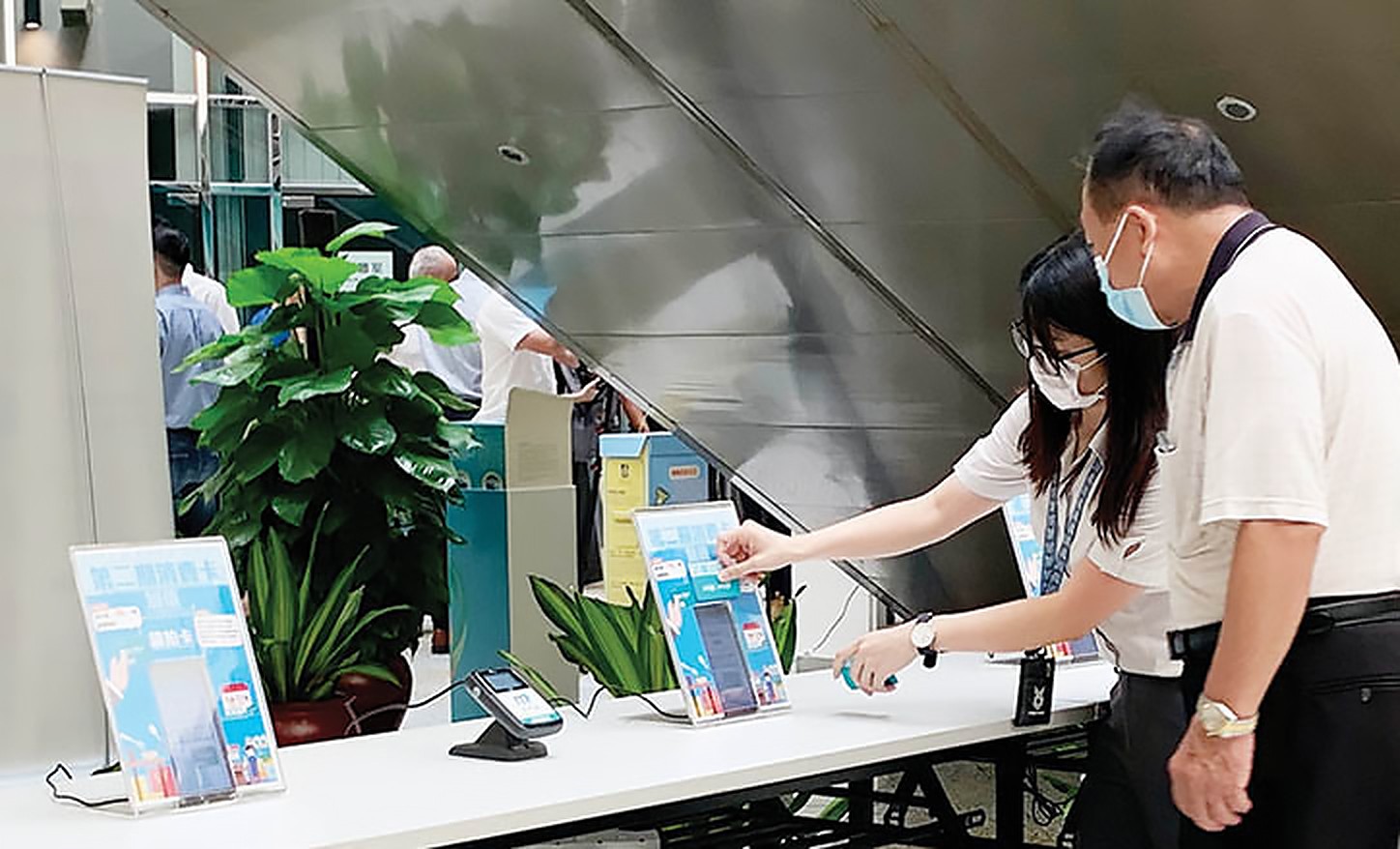 About 110,000 residents went to top up their consumption subsidy smartcard on Monday, the first day of the procedure, according to a statement from Economic Services Bureau (DSE), as the government’s second phase subsidy scheme giving each resident MOP 5,000 to spend locally begins on Saturday.

In the first phase of the scheme, the government gave each resident MOP 3,000 to spend from 1 May to 31 July with a maximum daily spending set at MOP 300. The scheme is part of the government’s effort to boost local consumption and stabilise the job market amid the ongoing adverse impact of the COVID-19 pandemic on Macao’s economy.

The MOP 3,000 in the first phase will not be carried forward into the second phase. If a resident does not spend it all by Friday, the money will revert to the public coffers, and then residents can top their cards up on Saturday.

For those who have spent all their MOP 3,000, they can top their cards up now, but can only start spending the cash on Saturday.

To receive the MOP 5,000, residents just need to place their cards over a Macau Pass reader installed at 190 service points which can be found on public administration premises, community association venues and bank branches. To top-up, residents do not need to present their ID cards.

Holders will have to spend the MOP 5,000 from Saturday to 31 December, and the same as the first phase, they can only spend up to MOP 300 per day during the second phase.

A resident who topped up his card at an Areia Preta service point told the Macau Post Daily on Monday that the process of topping-up merely took “one second”, adding that it was very convenient.

‘No need to rush to top-up’

Pong Kai Fu, who heads DSE’s Research Department, told reporters during a media briefing at the Government Services Centre in Areia Preta on Monday that nearly 10,000 smartcards had been topped by 9:45 am on Monday, adding that every top-up point was running smoothly.

Pong also said that a few residents whose cards still had some money on them couldn’t top up their cards. He advised residents to check the balance online, or check at the reader at any top-up point.

Pong called on residents not to rush to top-up their cards as they could do it any time in the months up to December.

“People can wait until their card balance is zero and then go to top it up at the service points on Saturday,” Pong said.

Ho Cheng Wa, who heads the Municipal Affairs Bureau’s (IAM) Department of Integrated Services and Quality Supervision, told reporters on the same occasion on Monday that officials allowed more than 100 people that were queuing outside the Government Services Centre in Areia Preta to top-up their smart cards from 8:10 am on Monday, to wait inside the building.

The centre’s opening hours are from 9 am to 6 pm. It is closed on weekends and public holidays.