Individuals who have been to Gongbei Port's underground shopping centre between 11 and 13 November must report to health authorities and undergo three daily NATs. 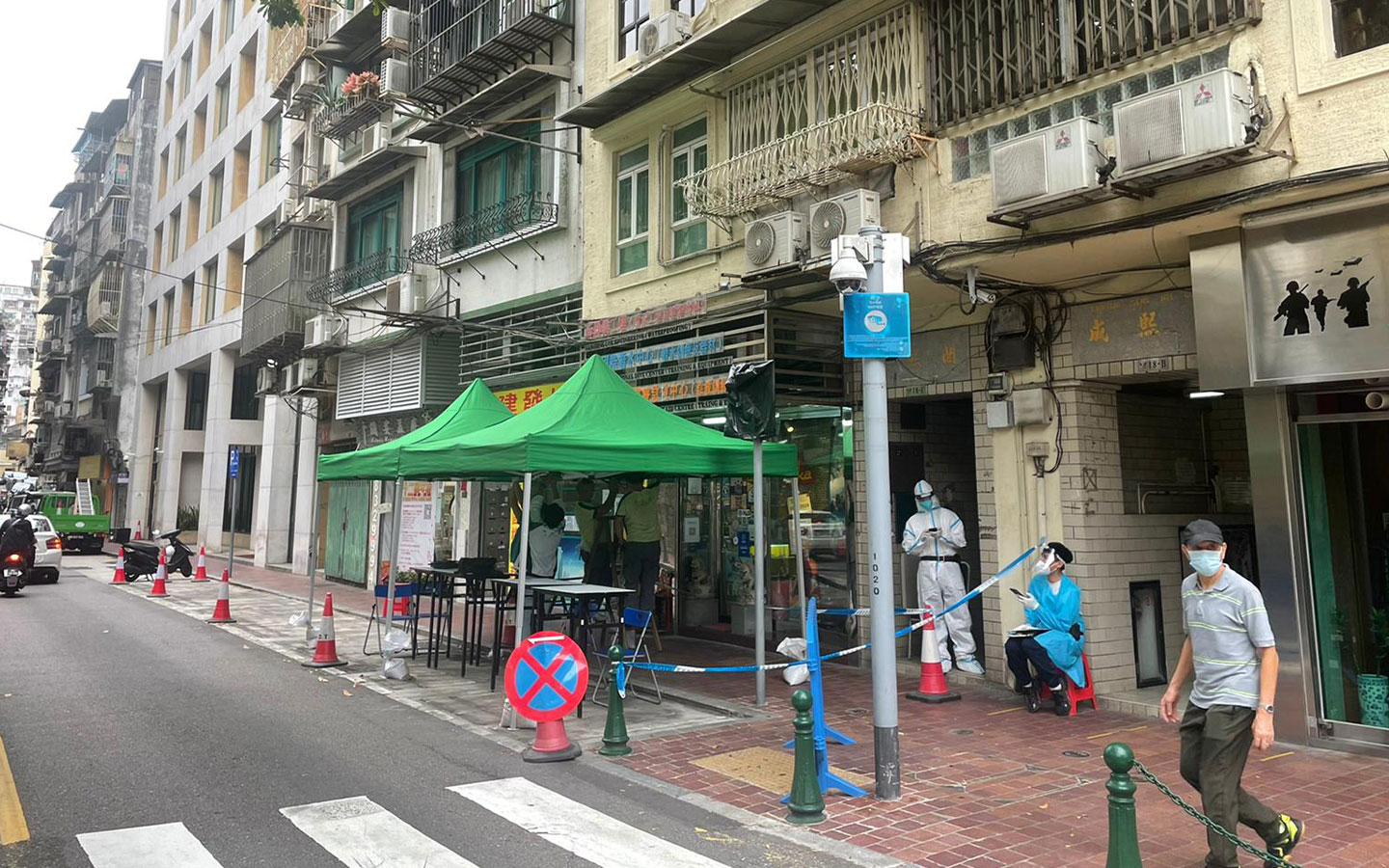 A 34-year-old mainland Chinese man who lives in Macao and works in a package delivery service area in the underground shopping centre at Gongbei Port in Zhuhai tested weakly positive early this morning and the building where he lives has now been listed as a Red Code Zone, the Novel Coronavirus Response and Coordination Centre has announced. He is considered an imported case, whose activities overlapped with three new cases announced by Zhuhai’s health authorities today – all three went to the shopping centre.

After Macao’s health authorities were informed by Zhuhai, the man was tested in Macao today and his nucleic acid test (NAT) result was weakly positive. He was immediately sent to medical isolation at the Public Health Clinical Centre in Coloane together with his wife and son, both of whose NAT results came out negative.

The Novel Coronavirus Response and Coordination Centre said individuals who have been to the Gongbei Port’s underground shopping centre between 11 and 13 November must report to the city’s health authorities and undergo three NATs over three consecutive days from the day they make the report – each test separated by at least 12 hours.

Those who have participated in other NAT drives, including in Zhuhai, do not need to be tested again on the same day.

These individuals must undergo a rapid antigen test (RAT) before heading to a NAT centre and declare their RAT results via the Macao Health Code. Only those with negative results are allowed to enter a NAT centre, while those whose RAT results are positive must immediately contact 119, 120 or 2857 2222 for an ambulance.