Police warn public to verify any suspicious calls and never to reveal personal information or transfer money to strangers. 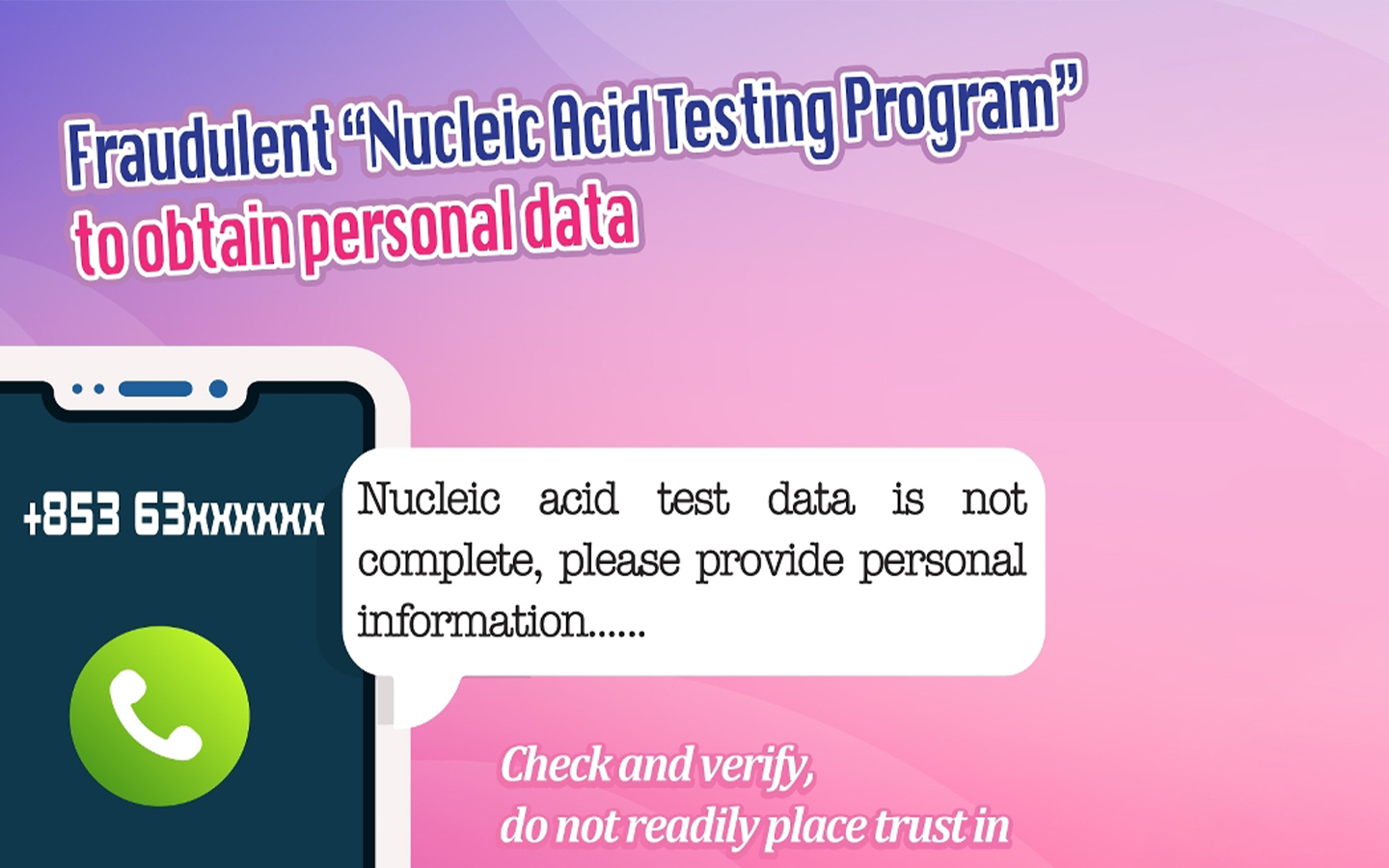 A Judiciary Police (PJ) spokesman said that a local resident reported receiving a suspicious call from someone claiming to be a Covid-19 NAT staff member on Saturday.

The caller, who was using the prefix “+853”, claimed that the potential victim’s test registration data was insufficient and asked for personal identity information.

Police added that after suspecting that the caller was a fraudster, the potential victim refused to provide the information and immediately hung up.

Police said that another similar telephone fraud call was reported on Saturday, indicating that there are attempts by some people to defraud residents by taking advantage of the Covid-19 pandemic or people’s current livelihood issues.

The PJ issued a notice last month to remind the public to be vigilant against fraudulent phone calls.

The spokesman urged the public to stay vigilant against fraud and avoid being hoodwinked. The public should also be attentive to phone calls from unknown numbers and verify calls from strangers through reliable channels.

The PJ also reminded the public that fraudsters can use software to forge the caller ID to fake calls from a purported authority. The public are warned not to reveal personal information or transfer money to strangers while anti-fraud information should continue to be shared by the community, reported The Macau Post Daily.