Mainland, rather than Macao, students sign up for inoculations at the SSM’s first off-site vaccination centre. 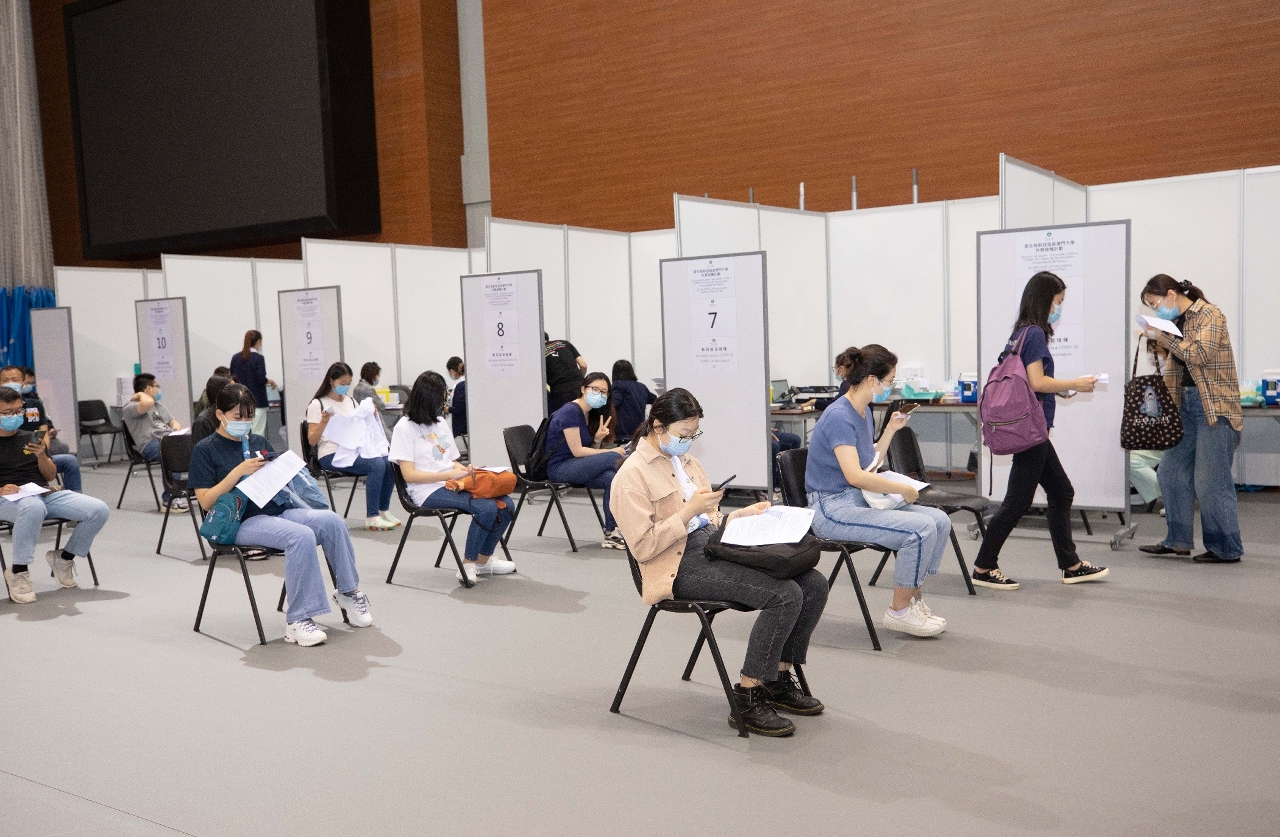 More than 1,700 UM students and staff signed up for Covid-19 jabs during the three-day outreach vaccination session at the University of Macau – but most of them are from the mainland.

Tai Wa Hou, the programme’s coordinator, said the fact that relatively few local students have booked a jab had been expected by his bureau. Tai said that Macao residents generally have high confidence in the local government’s Covid-19 prevention and control work, because of which “they think that there is no urgency to be inoculated against Covid-19”.

Tai said that SSM and UM officials are discussing the possibility of administering a second round of jabs on campus.

Tai said that although new local Covid-19 cases have been occasionally reported in some cities in the mainland, their authorities have been able to bring the local Covid-19 epidemic under control after implementing prevention and control measures.

Tai underlined that the possible creation of a travel bubble between two places would involve mutual recognition of each other’s Covid-19 vaccination records and the launch of a “vaccine passport”.

Tai said that for the time being the Macao government will first discuss the possible mutual recognition of vaccination records with provinces, autonomous regions and municipalities in the mainland that are currently not affected by Covid-19.

Observers have noted that Macao has created a quasi-travel bubble with the mainland after the latter lifted its 14-day quarantine requirement for all arrivals from Macao in August last year.

Meanwhile, the Novel Coronavirus Response and Coordination Centre has announced that as of 4 pm yesterday 98,021 doses of Covid-19 vaccines had been administered in Macao, involving 64,047 people, of whom 29,938 had received their first jab and 34,109 had been given their second jab.

A total of 16 adverse events were reported in the past 24 hours. The total number of adverse events since the start of the vaccination drive stood at 443, including two serious cases.