Around 400,000 boxes of fruit and frozen food disinfected every month and 300 tested daily as part of massive Covid-19 precautions. 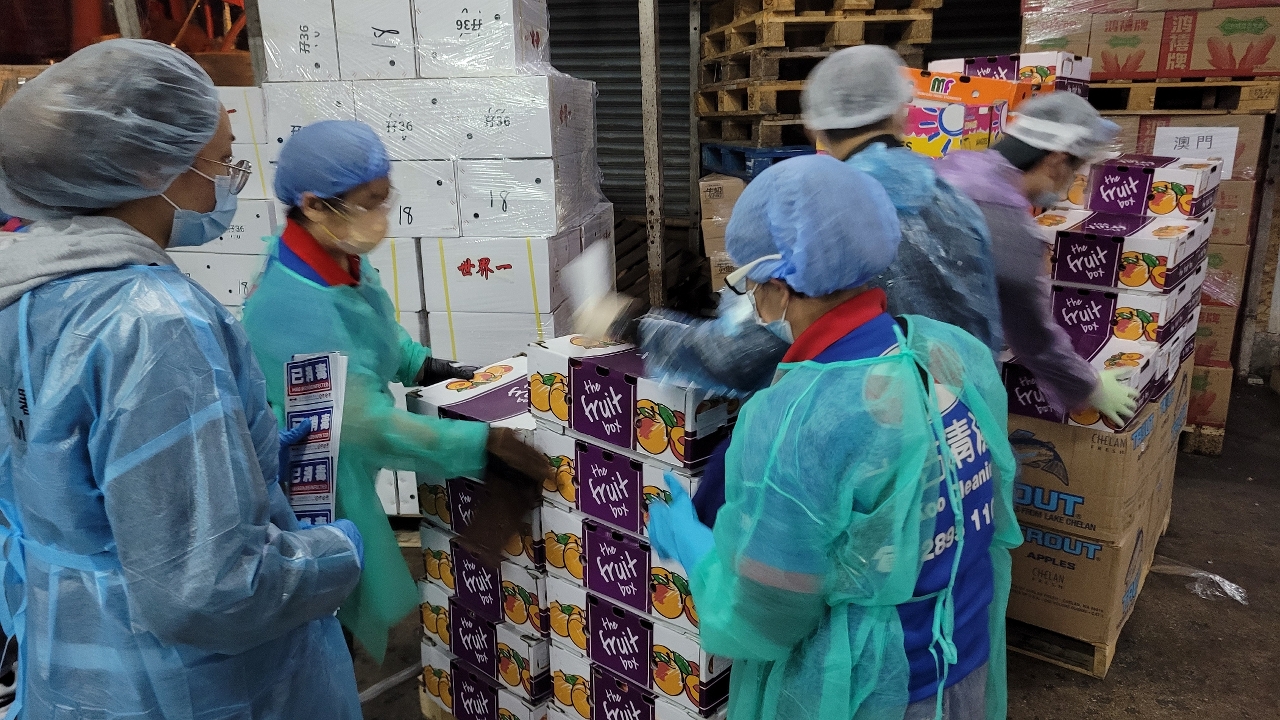 About 3,500 frozen food sector workers in Macao are being given a nucleic acid test (NAT) every three days.

The Municipal Affairs Bureau (IAM) said that in order to prevent the novel coronavirus from entering Macao via imported fruit and its packaging, it had decided to implement stricter measures to ensure that the fruit and its packaging were completely disinfected and people working in the frozen food sector would have an NAT every three days.

The IAM pointed out that initially workers involved in product import, loading, unloading, transportation, storage or retail only needed to have a weekly NAT once, but yesterday the bureau implemented the new rule.

The bureau said that the aim of the new rule is to protect the general public. The IAM added that it has listened to workers’ feedback and has discussed the measure with the Health Bureau to increase the number of designated NAT stations for the workers.