Artist Catarina Cottinelli on her first ever solo exhibition, in Macao Link copied

‘Drawing Macau’ is a retrospective of the Portuguese architect-turned-artist’s four years in the city, which includes paintings and engravings – skills she learned in Macao itself. 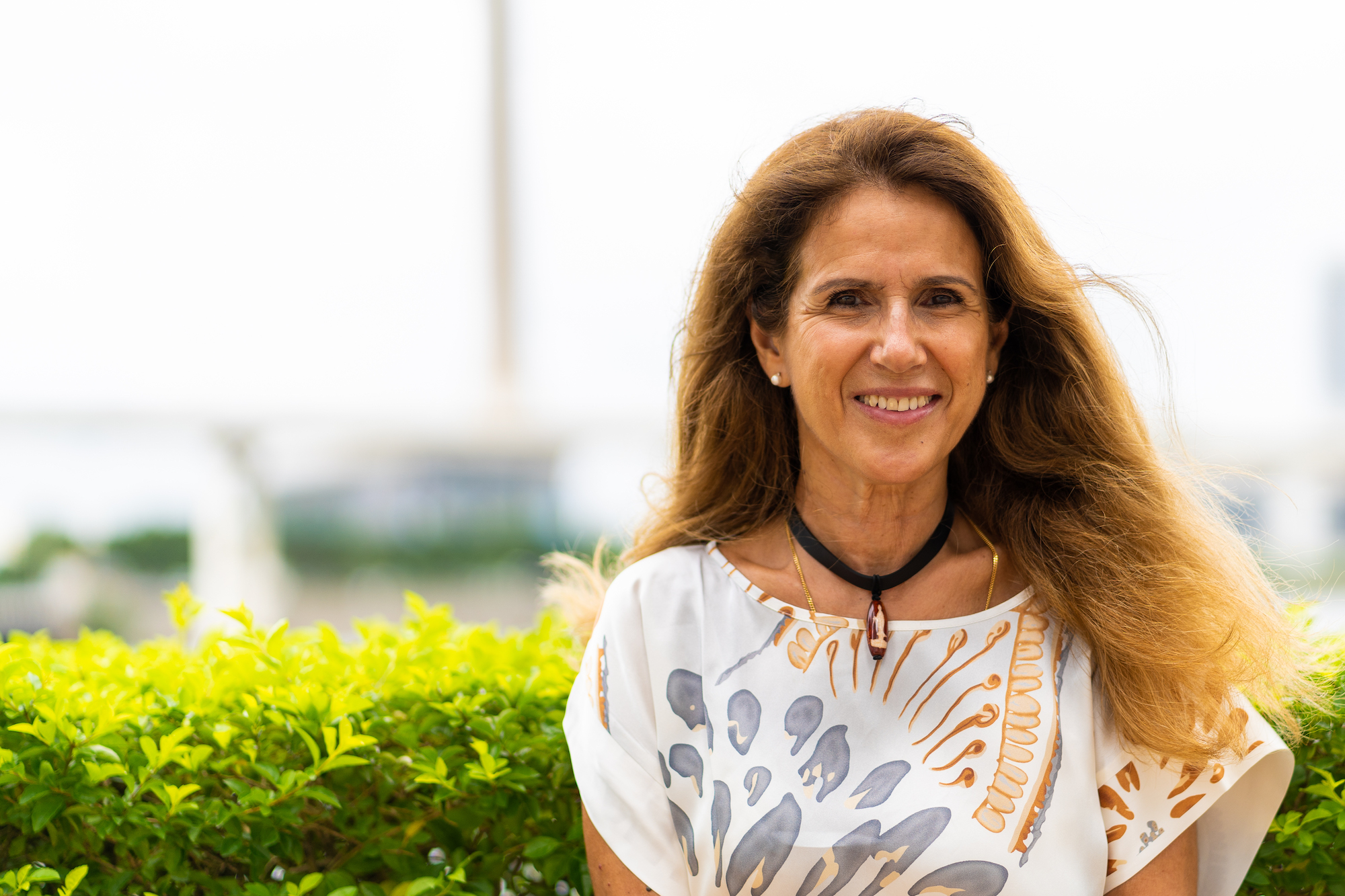 As far as Catarina Cottinelli can remember, life has always been art. She was born into a Portuguese art dynasty that included her maternal grandfather, the architect and movie director José Ângelo Cottinelli Telmo, and her father, Daciano da Costa, a major figure in Portugal’s design scene.

A trained architect herself, 61-year-old Cottinelli says “drawing is like breathing” in her family. Three of her four sisters, her mother, and an uncle are architects too. “It’s something we love to do and not just a job,” she says.“My father once said ‘we can die with our pencil in our fingers.’”

Cottinelli has lived in Macao since 2018 and launched her first solo art exhibition in Casa Garden mansion, located east of Camões Garden, on 24 September. ‘Drawing Macau’ is a showcase of over 160 pieces of the artist’s work, spanning sketches, drawings, paintings, etchings, engravings, printmaking and monotypes. Most depict scenes she’s encountered in the city.

“I’m interested in how people live and how they take care of their things and their natural landscapes,” she says of her adopted home. “I love the contrast of the landscapes. The islands are surrounded by water yet you can see hills around.”

Cottinelli studied architecture at the Technical University of Lisbon, graduating in 1984. She later went on to teach at her alma mater. Since her student days, Cottinelli has constantly carried a sketchbook; everywhere she goes, she feels compelled to document places and faces. This passion continued when she and her husband, Carlos Álvares, moved from Portugal to Macao so Álvares could take up a new job as head of Banco Nacional Ultramarino.

Finding her place in Macao

While being so far from family is hard for Cottinelli, she quickly settled into life in the city. She and her husband were introduced to members of the Chinese community before getting acquainted with the city’s Portuguese community. “People are so nice and open,” she says. Cottinelli is curious about Chinese culture and fascinated by the use of words in Chinese art. She says she’s considering learning the language, to properly “understand the poetries behind the paintings.”

Soon after her arrival, she began exploring the city by walking around the neighbourhoods, visiting local landmarks and talking with people on the streets of Macao. Of course, she documented her experiences with drawings: “It’s kind of my natural way of looking at things around me – the people, the culture, the architecture, everything,” the artist says.

She also got involved in the local art scene. Cottinelli is a visiting lecturer at the University of Saint Joseph, teaching life drawing, and has taken several art courses herself – in painting and engraving – at Casa de Portugal.

She says her upcoming exhibition is a “farewell dedication” to her teacher, Portuguese artist Madelena Fonseca, who returned to Portugal earlier this year. “She’s the real artist behind this exhibition,” Cottinelli adds.

‘Drawing Macau’: an exhibition of experiences

Cottinelli’s exhibition is divided into segments, the first containing portraits of her relatives back in Portugal the way she remembered them. She says “drawing a lot of pictures of them” helps her feel close to her family. Another depicts places she has travelled around Asia prior to the pandemic, including Macao, India, Vietnam, Cambodia, Thailand, Taiwan, and mainland China. Local sites featured include Macau Tower, Rua de Felicidade, Nam Van Lake, Lou Lim Ioc Garden and the Casa Garden.

The third segment includes drawings done from quarantine. Cottinelli had to quarantine twice during the covid pandemic, both times after trips to Portugal. The longest was for three weeks in September 2021, at the Grand Coloane Resort. “I was looking at the sea every day, almost like a therapy, drawing [all the different] views I could take from the same standpoint,” she says.

While this is Cottinelli’s first solo exhibition, her work has previously featured in two collective exhibitions – fundraising efforts by the Association of Rehabilitation of Drug Abusers of Macau.

The exhibition was originally meant to happen in June, but got postponed due to a covid outbreak which saw the city enter a partial shut down for nearly two months. Cottinelli says she’s “very grateful” it’s still going ahead. “I had a lot of support from both the Portuguese and Chinese communities and I hope people will like my work.”

In the future, Cottinelli plans to create more work depicting her adventures in the city. She hopes that someday she’ll be able to display her art in Portugal, her homeland.

‘Drawing Macau’ is open to the public for free between 10 am and 7 pm daily, from 24 September to 21 October, at Casa Garden near the Camōes Garden.