Work on the principal section of the world's longest sea-span, the Hong Kong-Zhuhai-Macao Bridge (HZMB), is expected to be completed in early February, according to the China Daily today. 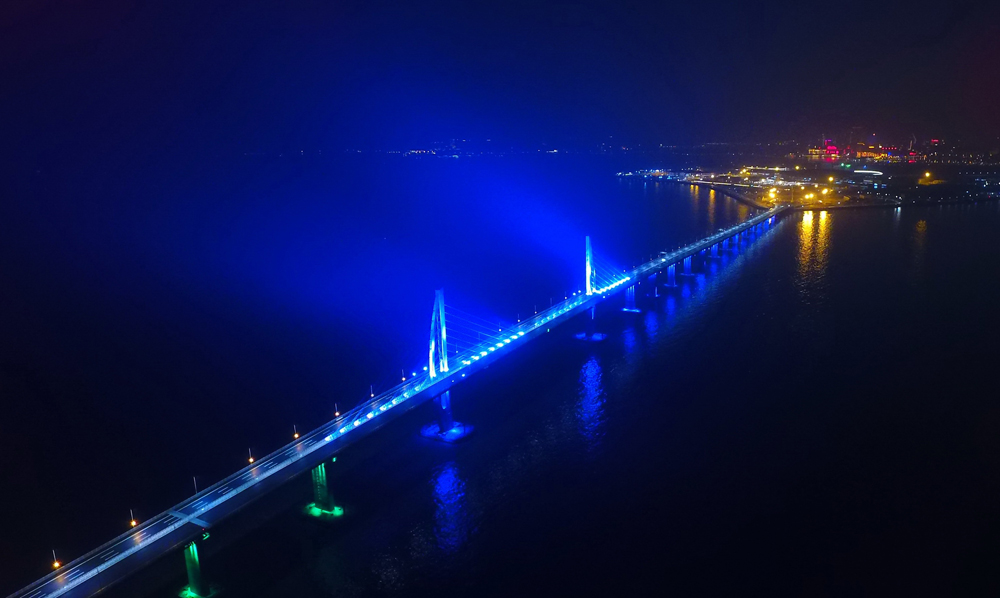 Work on the principal section of the world’s longest sea-span, the Hong Kong-Zhuhai-Macao Bridge (HZMB), is expected to be completed in early February, according to the China Daily today.

The principal section, a 29.6-kilometer bridge-island-tunnel complex, stretches across the Pearl River Estuary.

The new timetable, disclosed by Su Quanke, chief engineer of the HZMB Authority, in an exclusive interview, is the first update since an official announcement several months ago that major construction work on the principal section would be completed before the end of 2017 in the Guangdong-Hong Kong-Macao Greater Bay Area.

Su said that before Lunar New Year, which falls in the middle of February, the HZMB Authority will set a date to announce that the principal section is complete.

Neither Su Quanke nor Su Yi could specify a date when the entire bridge will be ready for traffic.

China Daily said its a matter for the central government.

Su Quanke noted the bridge will stand as a monument to collaboration between the three regional governments despite their having different social systems.

He described the bridge as the perfect link, not merely the first physical connection tying together the east and west of the Pearl River Estuary, but also an “emotional connection” linking the different cultures of the Hong Kong and Macao SARs to the Chinese mainland.

The HZMB Authority, formed jointly by the governments of Guangdong province and the Hong Kong and Macao SARs, is the legal entity in charge of the principal section of the bridge, its construction, operation and maintenance.

Su Quanke, as chief engineer, said quality, including even the smallest detail, was the priority for the bridge authority. He said the bridge carries more than 400 patents. The world’s leading bridge technologies have been adapted, along with exclusive innovations regarding island-tunnel construction.

The investment in the HZMB will take decades to recover but will ensure the economic future of the bay area, Su Yi said.

According to an official estimate, the net present value of the project could reach 40 billion yuan in 20 years. The designed life span of the bridge is 120 years.

Su Yi predicted that over the next 50 years, the Greater Bay Area will see returns in terms of economic and social benefits in excess of the 94 billion yuan total government investment.

Of the remaining 26 billion yuan investment, which came from bank loans, Su Yi said the money will be paid back from bridge tolls over the next 30 years.