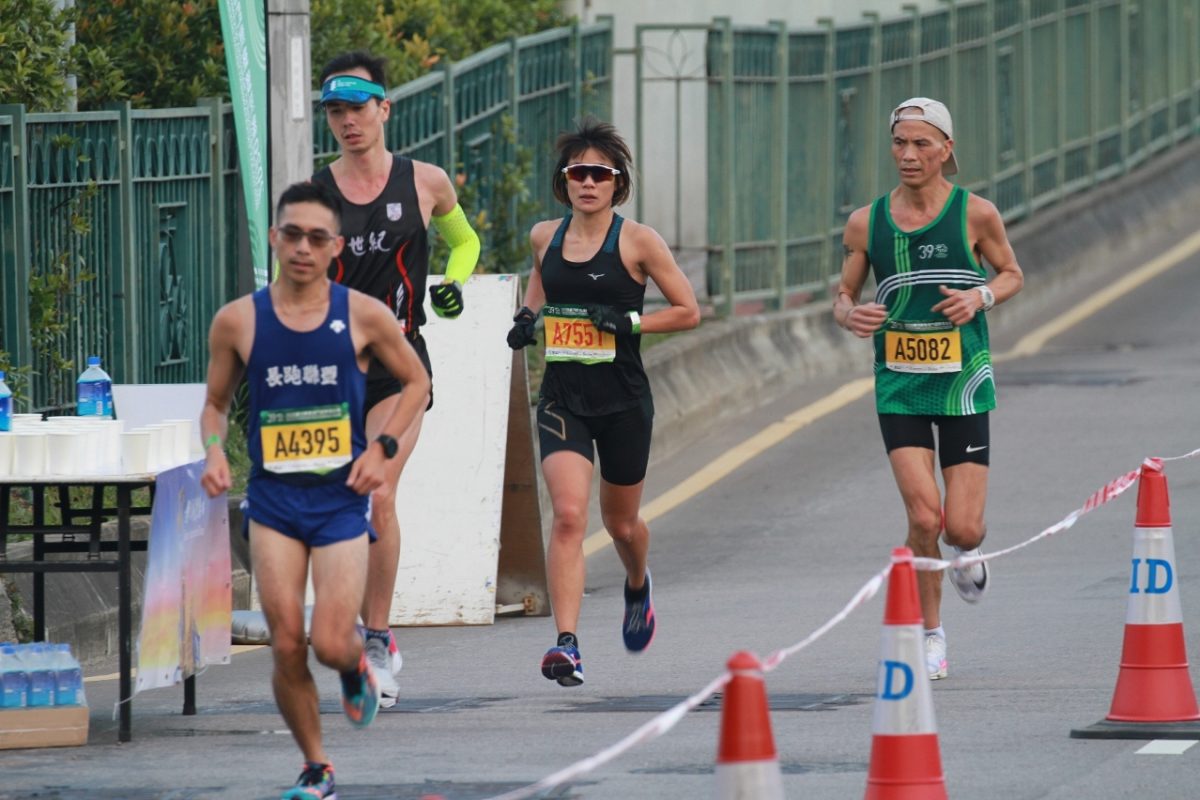 According to the statement, yesterday’s marathon was co-organised by the bureau and the General Association of Athletics of Macau and title-sponsored by gaming operator Galaxy Entertainment Group (GEG). It started and ended at the Olympic Sport Centre Stadium. The statement pointed out that this was the 39th edition of the marathon.

The statement noted that yesterday’s top three finishers in both the men’s and women’s marathon were all from the mainland, adding that mainland Chinese runners Dong Guojian and Zhang Deshun won the overall men’s and women’s categories of the marathon respectively.

According to the statement, Dong finished in 2:12:59. He told reporters that it was the first time he has competed in Macao, adding that overall he had a good experience but it was quite windy when he was running across the bridges.

The statement underlined that Zhang broke the course record with a time of 2:28:43. She later told reporters that it was the first time she had competed in a full-marathon and she felt ecstatic about the result. She added that she felt more confident about competing in a marathon in the future.

Chan Chong Ip, who came first in the Macao men’s marathon category, told reporters after the race he thought that this year’s race was better than before, adding that even though there were no “special guests” this year, it still encouraged local runners to participate. He also said that he was happy that he could break his own record.

Local runner Hoi completed the whole marathon in 03:00:12 and finished 4th overall. According to previous records, it was the 13th year that she had come first in the Macao women’s marathon category.

The statement also noted that this year the Senior Trophy was won by a 73-year-old, a woman identified by the organisers as Wang Meiqi. No further information on the senior runner was given

On the sidelines of the event, Sports Bureau President Pun Weng Kun told reporters that the event ran smoothly, adding that most of the runners arrived at the venue early for the marathon.

When asked about local marathoners not being able to sign-up for the Guangzhou marathon, Pun said the problem had already been solved. He also said that hopefully having local marathon runners in Guangzhou could promote the city’s “COVID-19-free image”. He added that he did not know the exact number of participants in the Guangzhou races yesterday.

According to the statement, yesterday’s 42.195km full-marathon course ran over both the Governor Nobre de Carvalho Bridge (colloquially known as “old bridge”) and Sai Van Bridge and passed by the UNESCO World Heritage-listed A-Ma Temple. The statement also noted that the marathon and half-marathon started at 6 a.m. while the mini-marathon started at 6:15 am.

According to the organisers, 12,000 runners took part in the event.

2020 Macao International Marathon to go ahead on 6 December