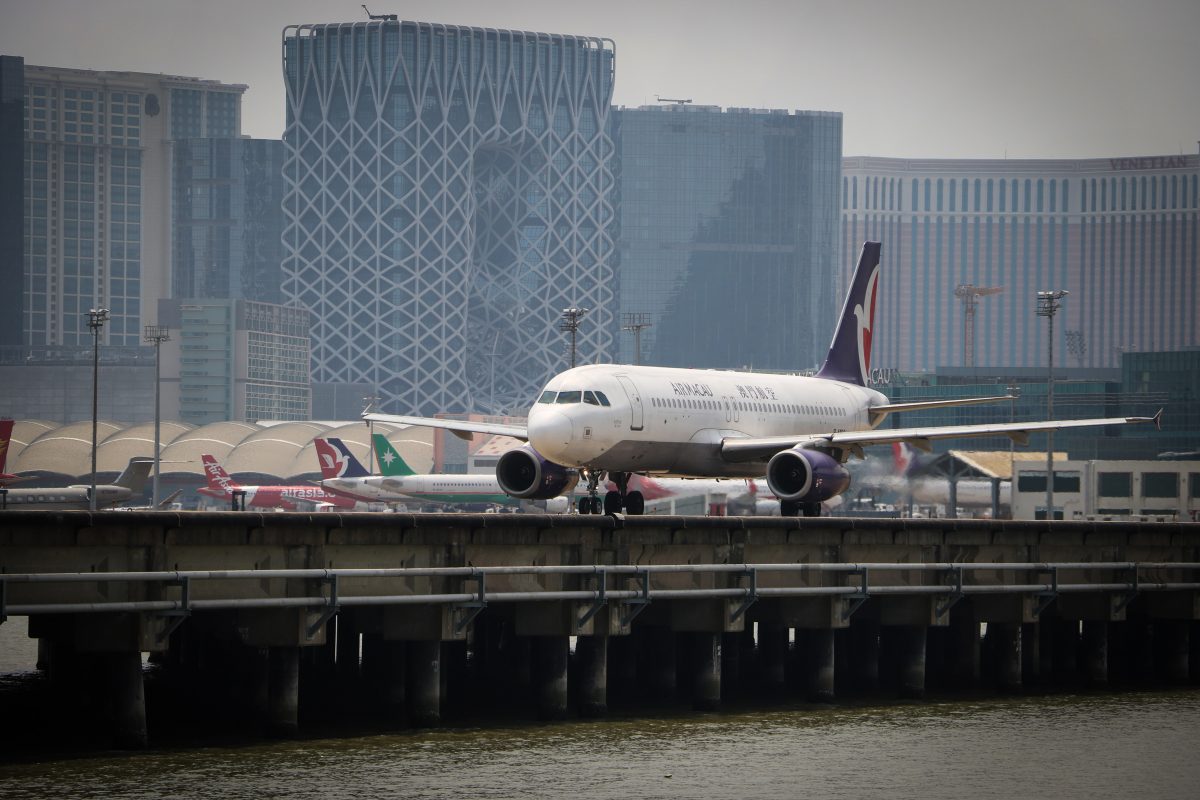 In the past 10 months, 1.06 million passengers have arrived in Macao by air with a 20 per cent increase in the first half of this month compared with the same period of last month, Macau International Airport Co Ltd (CAM) Marketing Director Eric Fong Hio Kin told reporters on Wednesday.

Fong made the remarks on the sidelines of a media tour of the airport in Taipa.

When asked how many people he expected to arrive by air next year, Fong said he could not provide a figure right now because it depended on the COVID-19 situation, but his company would strive to reach 40 per cent of the usual (last year’s) number – which would be 3.2 million. He added a more accurate prediction would be available next month.

said his team made new arrangements for passengers who depart or arrive at the airport to ensure their safety.

For arrivals, Lau said that the airport has built a temporary divider to separate people who will need to undergo quarantine and arrivals who have been exempted from mandatory quarantine. He stressed that the two groups will be separated the entire time they are at the airport.

Lau said that for those who do not need to go through quarantine, they will walk along a lengthy hallway with notices on the walls to remind them to convert their health code to the local one. He added that before arriving at the immigration counters, the arrivals will have their temperature checked. He also said that if a passenger has a high temperature, he or she will be sent to a waiting room and taken to hospital for a check-up after other passengers have cleared immigration.

According to Lau, for departures, passengers will need a physical copy of their nucleic acid test (NAT) results and have their destination’s health code ready. Lau pointed out that different provinces and cities in the mainland have different health codes, adding that the respective airlines usually provide the needed health code prior to departure so airport staff can assist passengers to convert their health codes.

Airport Service Team representative Daniel Lam King Sheng told reporters that there are two forms for all passengers departing from Macao to fill in – a departure form and a mainland entry form. He pointed out that passengers are often confused by the two forms and therefore the airport has arranged for more staff to help them.

Lam said that usually, it takes three to five minutes for a passenger to fill in the forms.