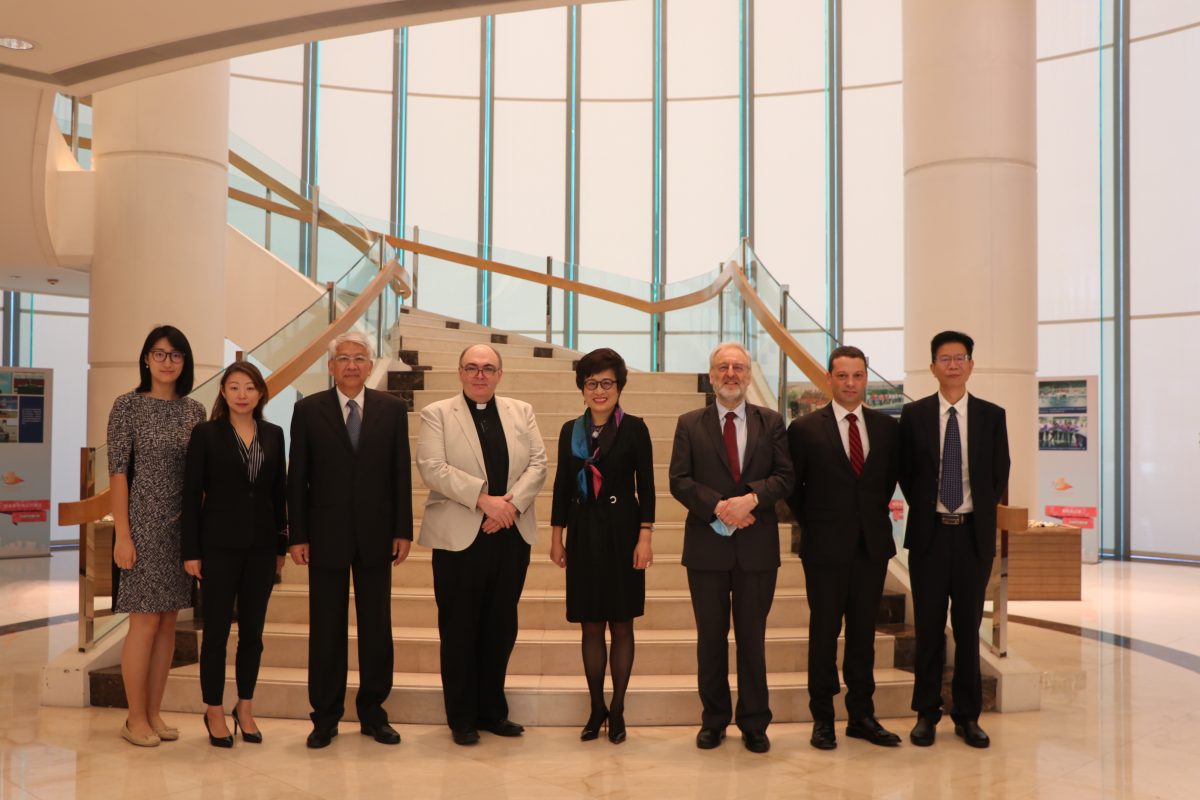 A delegation of the new senior management team of the University of Saint Joseph (USJ), headed by its fourth rector, the Rev Prof Stephen Morgan, visited the Office of the Ministry of Foreign Affairs in Macao on Friday, “with the aim to greet and present the future development plans of USJ in Macao,” the Catholic tertiary education institution said in a statement received by the Macau Post Daily on Monday.

The new team was welcomed by Deputy Commissioner Wang Dong.

According to the statement, Morgan told his hosts that “USJ is in, of and for Macao, China.”

The statement said that the private university, which is co-owned by the local Catholic diocese and the Catholic University in Lisbon, will continue its role as a platform to serve Macao’s role as a platform for economic and trade cooperation between China and Portuguese-speaking countries in conjunction with the central government’s Belt and Road Initiative (BRI), apart from supporting the local government’s Greater Bay Area (GBA) initiatives.

According to the statement, Wang expressed her appreciation for the concept that “USJ is in, of and for Macao, China.” Wang also said that the Foreign Ministry Commission in Macao will “actively support” the university’s activities within the ambit of Macao’s role as a centre and platform for international relations.

The statement pointed out that USJ has “cultivated the talents” of over 7,500 students in different fields over the past 24 years.

USJ is based on a purpose-built campus in Ilha Verde.