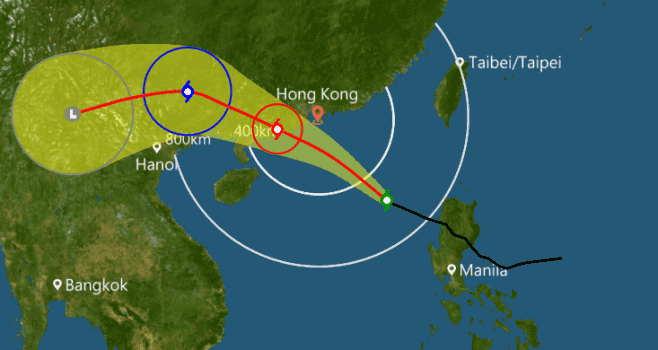 The typhoon signal 1 was hoisted by the Macau meteorological and geophysical bureau at 11:30am this morning as tropical storm Pakhar is now located 780 km southeast of Macau and is moving towards the western coast of the Guangdong province.

The possibility of raising higher signals tomorrow including signal 8 has not been ruled out.

According to local newspaper Ou Mun Tin Toi, around 2,000 homes are still without electric power.

700 requests were made by small and medium enterprises to the Macao Economic Services for financial support due to destruction they’ve endured from typhoon Hato.

The Economic Services will provide interest free loans of a maximum value of 600,000 patacas and allowances with a limit of 30,000 patacas to affected companies.

Macao Foundation has received requests for support from the families of those who lost their lives. In response, they have announced that will give three types of financial support including 300,000 patacas to the families.

According to the Macao Foundation, 126 requests were made for medical assistance subsidies and 925 for residential restoration.