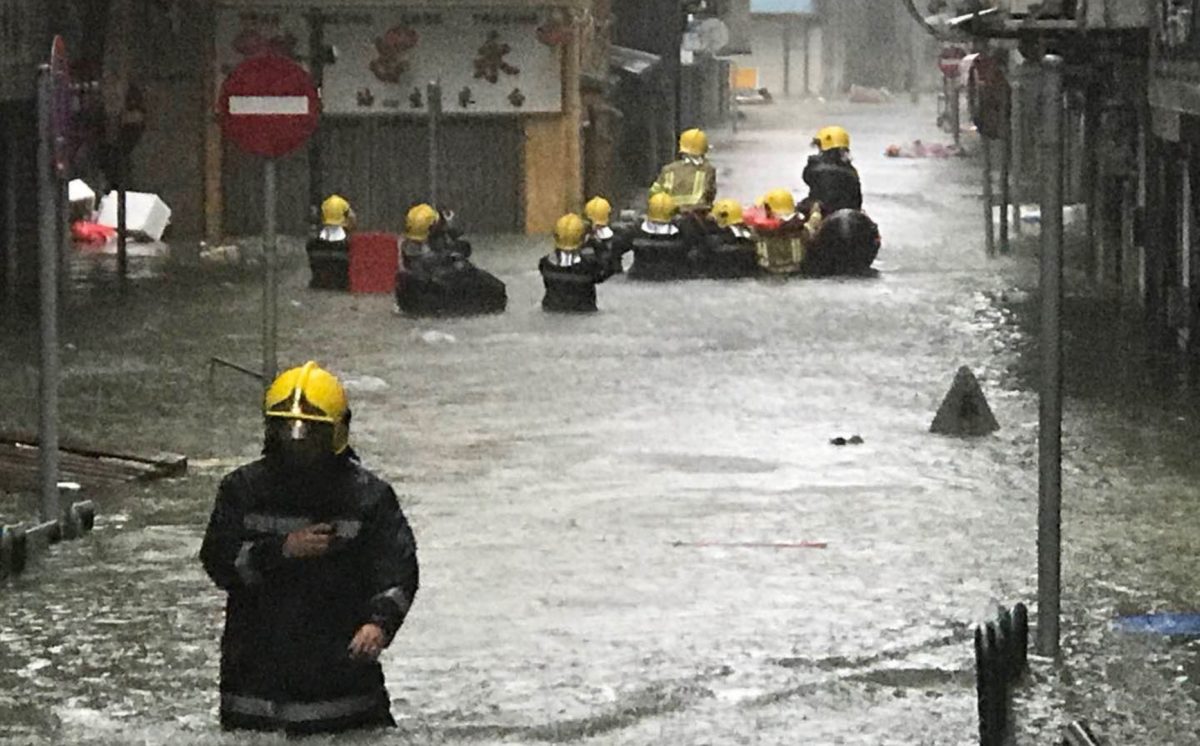 The government has registered 182 incidents, 15 injured people and 16 cases of fire in the city. Severe flooding forced the evacuation of 6,000 residents from lower areas and there are 20,000 households without power. Windows of many apartments have also been shattered.

For nine-hours, Macau was strongly battered by typhoon Mangkhut considered one of the strongest to hit the territory since records began and the strongest storm of the year worldwide.

The government hoisted signal 10 at 11am, the highest in the city’s six-level typhoon warning system and lowered it at 8pm.

With winds of more than 200 km/h, the typhoon made landfall in the western coast of Guangdong province160 km of Macau.

The Macau Meteorological and Geophysical Bureau downgraded the storm signal to 8 at 8pm although winds and rain continue to be strong.

The Macau Inner Harbour area and downtown was the most affected zone with floods that in some cases reached 2 meters high.

During the storm, 177 flights were cancelled; and public transportation in Macau and ferries to Hong Kong and Mainland China were brought to a halt.

Both borders to Mainland China (Portas do Cerco and Lotus Bridge) are temporarily closed.

One of the three bridges between Macau and Taipa Island has been re-opened. The government has also opened several centres for residents that want to leave their houses and remain under government protection.

Jose Tavares, president of Civic and Municipal Affairs, said today that many trees have fallen and some roads have been ripped up but only after all the typhoon signals go down will the government be able to thoroughly inspect the damage left behind by Mangkhut.

All casinos in the city’s six gaming operators were shut down from 11pm onwards last night after an unexpected decision was taken by the government in response to the severity of the storm. This was the first time casinos were shut down.

Government authorities have announced that all schools will be closed on Monday.