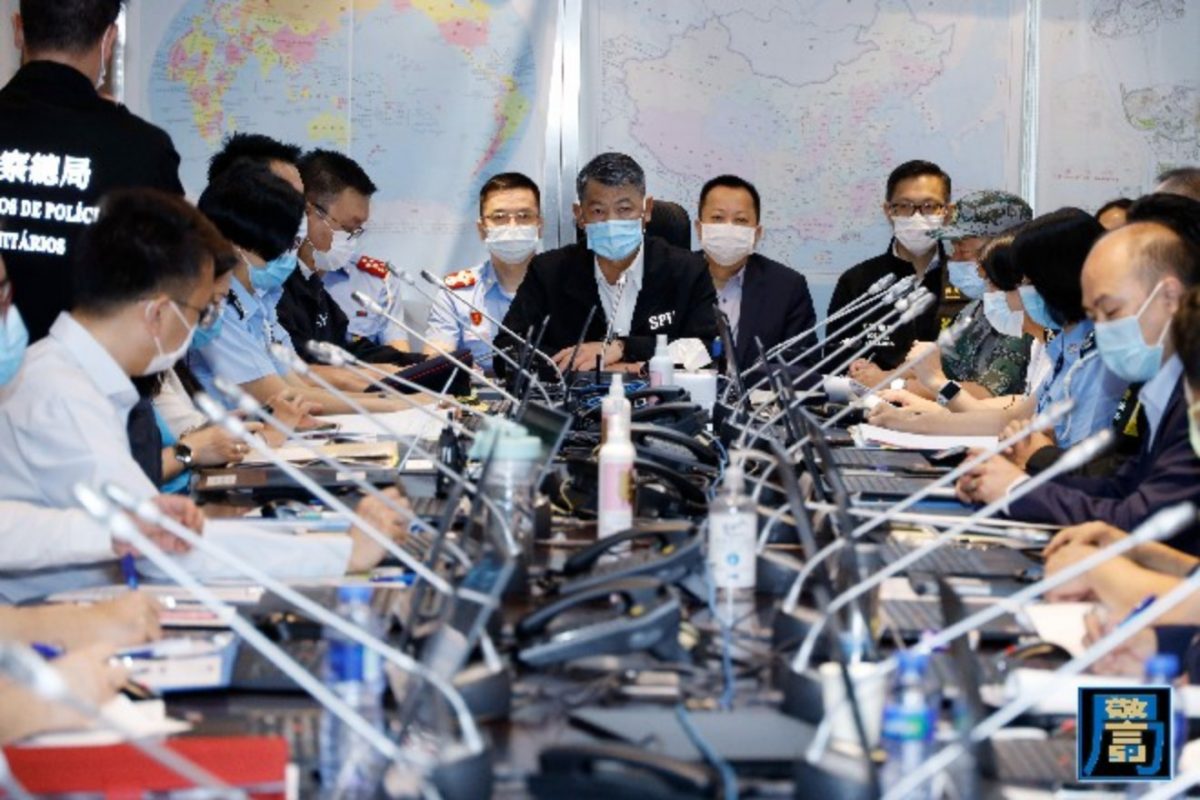 Chief Executive apologizes to residents for “not doing enough”

Codenamed “Crystal Fish”, the drill aims to reinforce the structure’s command and enhance the coordination, communication and response efficiency of the emergency services. It also serves to familiarize the public with the evacuation plan in the event of serious flooding.

Under the chairmanship of the commissioner-general of the Unitary Police Service, Leong Man Cheong, the exercise began at 1:45 p.m. on Saturday and occurred in the areas of Ilha Verde, Fai Chi Kei, the Inner Harbor and Coloane. This exercise lasted about five hours, having simulated 60 incidents that could happen during the typhoon passage.

In the simulation, the passage of the severe typhoon was accompanied by a storm surge and astronomical tide. This year, it was carried out in the context of the coronavirus pandemic, adding to the simulated difficulties of the exercise.

At the start of the simulation, the Meteorological and Geophysical Bureau (SMG) issued the red storm surge warning, foreseeing flooding of between 1.5 metres and 2.5 metres in the lower areas of the city.

In view of this situation, the structure launched evacuation operations in the low-lying areas.

The authorities used a sound system in these areas and different media and social media platforms to alert the public and convey civil protection information to both residents and tourists.

The simulation introduced sudden incidents such as a fishing vessel at risk of sinking, a serious road accident on the Sai Van Bridge, an interruption to the electricity supply in a shelter centre, and a landslide incident that toppled trees.

This year’s simulation involved the participation of about 2,350 people from the entities that make up the civil protection structure, as well as 20 civic associations. Over 400 residents directly participated in the exercise while about 2,400 additional families were evacuated.

Due to the pandemic situation, and in compliance with the health instructions imposed by the Health Services (SSM), the exercise was carried out in groups and with the proper social distancing measures enforced, according to the government.

Secretary for Security Wong Sio Chak, visited the civil protection operations centre to learn about the status of the work carried out by the different entities and remarked on this year’s added difficulty because of the coronavirus. Despite this scenario, the secretary said that the preparedness of the civil protection structure and the active participation of the population had shown that public awareness of disaster prevention is improving.

Crystal Fish is the most high-profile drill conducted in Macao. The operation was initiated after the devastating loss caused to the city by the arrival of Typhoon Hato in August 2017, the strongest storm in half a century, which caused loss of life and more than MOP 12 billion (US$1.5 billion) in economic losses.