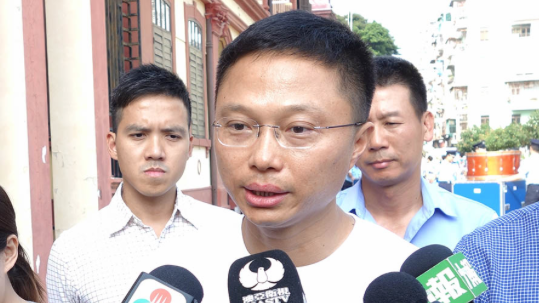 Macau posts trade deficit of US$1.825 billion in the 1st quarter

The government’s draft bill on the taxi industry will be completed soon so that it can be submitted to the Executive Council, Transport Bureau (DSAT) Director Lam Hin San told reporters on the sidelines of a Road Safety Carnival in Praça do Tap Seac on Sunday.

Lam said his bureau was finishing the draft, which would be submitted to the Executive Council, the government’s top advisory body, for discussion and then to the Legislative Assembly (AL) for debate and vote.

The proposed regulatory changes aim to combat taxi service violations such as overcharging, refusing to take on passengers, and unlicensed cabbies.

Public Security Police (PSP) Transportation Department Acting Chief Wong Wai Hong told reporters on the same occasion that there have been about 3,000 cases of cabbies violating taxi regulations in the first nine months of the year. He said the number had decreased thanks to more active policing to prevent violations.