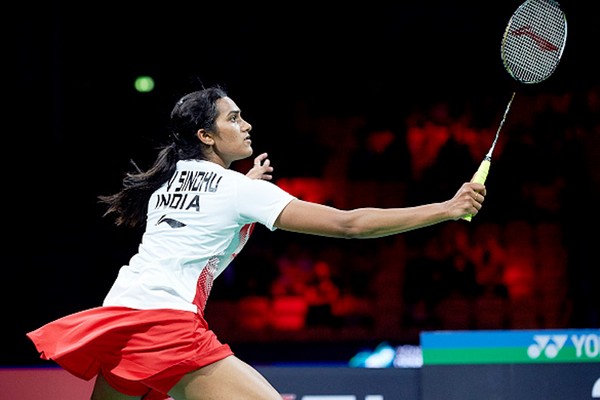 Two-time defending champion PV Sindhu completed a hat-trick of titles at the Macau Open after defeating sixth seeded Minatsu Mitani 21-9 21-23 21-14 in the finals on Sunday.

Fifth seeded Sindhu earlier advanced to finals of the event with a gruelling three-game triumph over second seed Akane Yamaguchi of Japan in the semifinals.

The two-time World Championship bronze-medallist Sindhu was off to a fantastic start in the semifinals as she pocketed the opening game in a mere 14 minutes.

But Yamaguchi did not let the Indian run away with it and roared back into the contest to claim the second game.

The World No. 9 went neck-and-neck with the Indian till 15-15 before breaking away to draw level.

Sindhu raised her tempo in the decisive third game and raced to an 11-5 lead. Yamaguchi did claw back to reduce the margin but the Indian managed to do just enough to seal the issue in her favour.

With this, Sindhu avenged a loss that she had suffered at the hands of Yamaguchi in 2013 when the Japanese had knocked her out of the Japan Open with a 21-6 21-17 win.
(macaunews)