Qingmao checkpoint due to open only after June

With 100 e-channels and slicker customs and immigration formalities, the new 24/7 crossing – built by Macao – is set to become the fast track to and from Zhuhai. 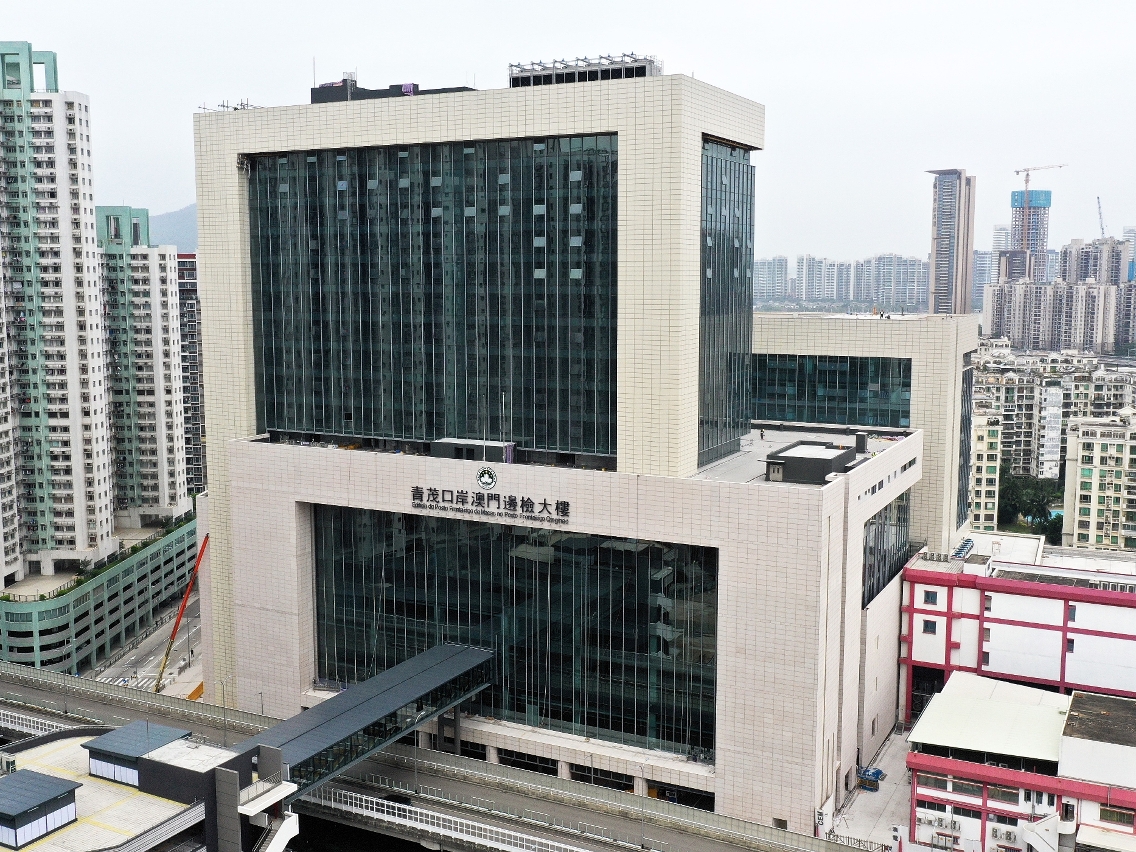 Qingmao checkpoint, Macao side - Photo by Government Information Bureau
6 May 20216 May 2021

The Qingmao pedestrian-only border checkpoint in Ilha Verde – the first of its kind in Macao – is due to open in the second half of this year, Secretary for Security Wong Sio Chak has confirmed.

The Qingmao checkpoint aims to relieve the nearby Barrier Gate checkpoint’s traveller flow pressure, The Macau Post Daily reported. The Duck Channel redevelopment project aims to improve the water quality in order to keep the water clear and odourless through the removal of sludge, the interception of wastewater and the construction of a penstock system.

The whole Qingmao checkpoint complex – including the Zhuhai-side checkpoint building – has been built by the Macao government with the Guangdong government providing all the necessary support tasks.

A joint Macao-mainland immigration and customs clearance system will be adopted at the checkpoint – a 24/7 operation – where travellers will only be required to pass border controls once when completing their departure and arrival formalities.

Wong noted that the Qingmao checkpoint will have 100 e-channels – 50 each for departure and arrival – and four conventional channels. He added that consequently the checkpoint will not need a large number of immigration officers, and any officers working there will primarily be tasked with maintaining order and ensuring the checkpoint’s smooth operations.

Wong said that after “everything” is prepared, the exact time of the checkpoint’s operational start will be jointly decided by the Macao and Zhuhai governments.

Wong also said that more public transport options will be available in Zhuhai after travellers arrive in the neighbouring city via the Qingmao checkpoint, adding he hopes that more local residents will choose the new checkpoint when they travel to Zhuhai.