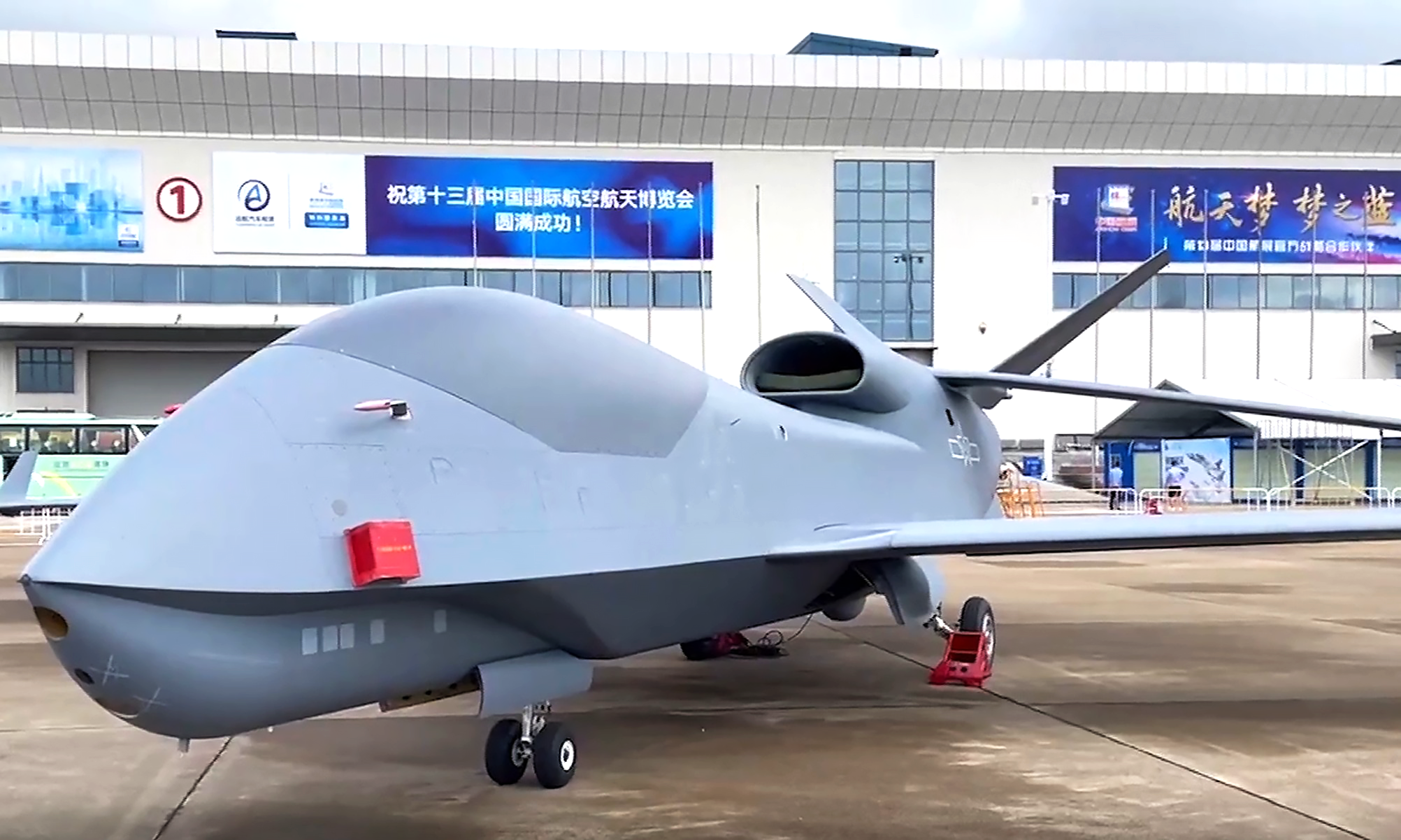 Featuring a tandem-wing design, the extra-large WZ-7 has an extended flight capability, which makes completing its missions possible, a Chinese military expert told the Global Times.

The drone’s official designation is now confirmed as the WZ-7, and the PLA Air Force is presenting it to the general public at the air show indicating that it has entered service, the expert said, noting that it was previously known by its codename, the Soar Dragon.

The other new face at the Airshow China is the J-16D, which is a new type of electronic warfare aircraft capable of reconnaissance, attack and defence, CCTV reported, noting that it was developed based on the J-16 fighter jet.

Shen said that the J-16D has entered combat-scenario exercises, and this has further enhanced the PLA Air Force’s electronic warfare attack capabilities, which expands the scope of combat and contributes to the strategic transformation of the Air Force.

The appearance of the J-20 at the exhibition will demonstrate the aircraft’s continued improvement in its capabilities to carry out its duties and missions, CCTV said.

The PLA Air Force will display its new achievements in pushing for strategic transformation and its efforts to become world-class, showing its pursuit of value, development concept and historical heritage as the air force of a major power, Shen said.

China has been active in the development of UAVs, with several models, including the WZ-8 high-altitude, high-speed spy drone and GJ-2 medium-altitude, long-endurance combat drone already in military service. An export version of the latter, known as the Wing Loog II has been sold overseas.

Airshow China 2021 starts on 28 September and ends on 3 October.