Officials proceed with investigation to discover cause of fire, examining CCTV footage and questioning members of fishing community. 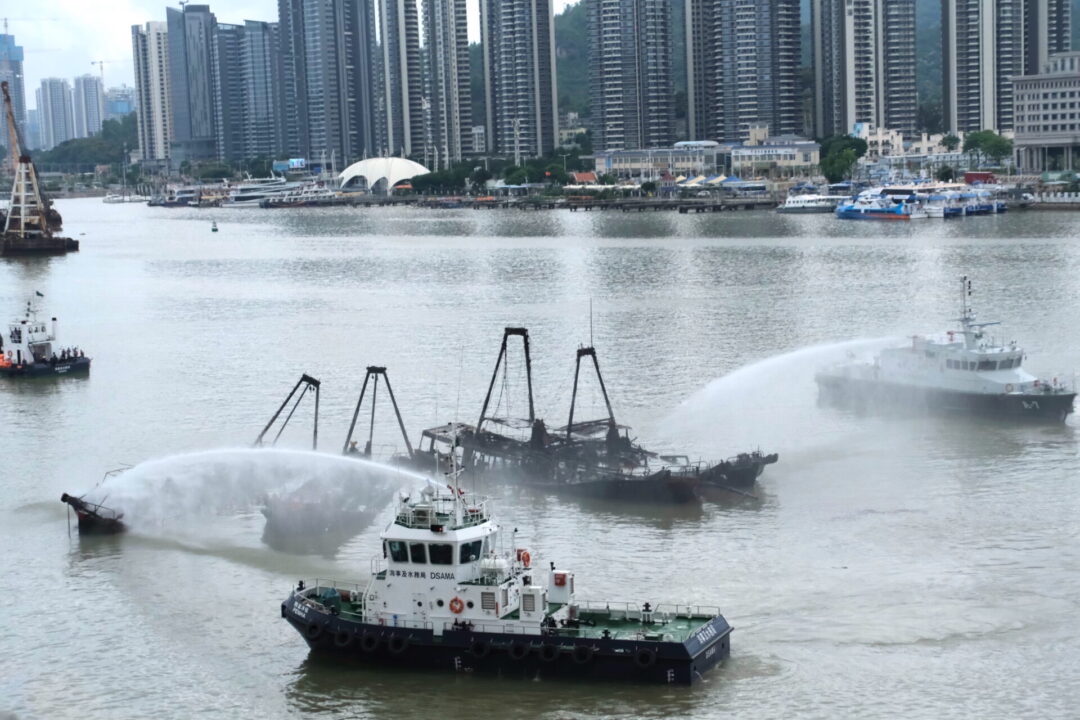 Two of the boats are still smouldering, according to the bureau, which has put officials on standby round-the-clock in case of any emergency.

The DSAMA said that it had set up oil spill containment booms around the boats to clean up the slick, although some of the oil has already reached Patane North Bay.

The bureau has already collected water samples off Fai Chi Kei and in the Inner Harbour, pointing out that apart from the excessive amount of oil, the water quality was normal.

The bureau has already dispatched officials to inspect the only boat that was not destroyed by the blaze, who will watch CCTV footage, check radar and communication logs and question members of the fishing community to gain a better understanding of the cause of the catastrophe.

The bureau underlined that as the remaining five sunken boats have been completely gutted, it would be more difficult for DSAMA officials to investigate the matter, The Macau Post Daily reported.