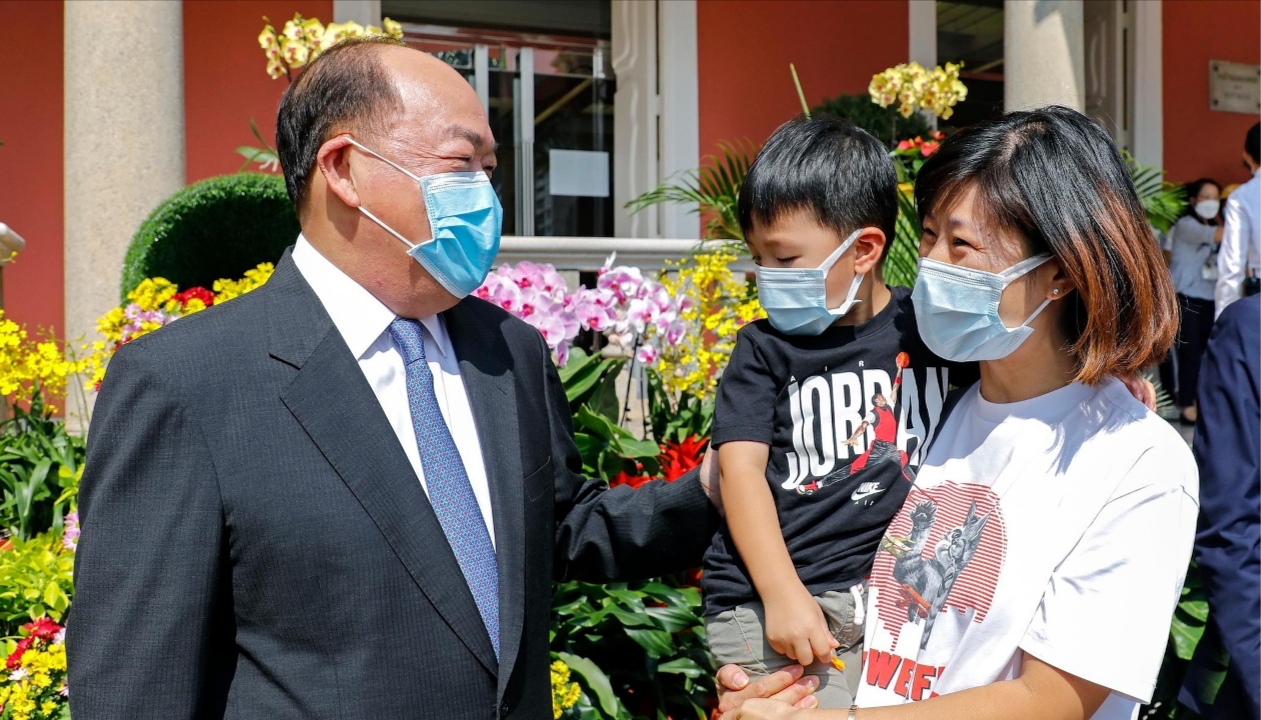 However, Ho also said that the government has decided not to raise the amount of its annual “wealth-sharing” handout in 2021 as the ongoing COVID-19 pandemic has placed it “under financial strain”.

Ho made the remarks while speaking to reporters on Saturday morning at Government Headquarters where he welcomed visitors to the building’s annual two-day Open Day, which ended on Sunday.

In the wake of the seriously adverse impact of the COVID-19 pandemic on the local economy and the government’s financial straits, the chief executive has been asked by the media on several occasions since early this year whether the government’s annual cash handout would continue next year.

Ho told reporters in June he “hoped” that the annual cash handout could continue next year, provided that it would not be too controversial, considering that it has become part of the government’s regular spending on residents’ welfare and of many grassroots households’ annual spending plan.

However, Ho told reporters early this month that the government was still studying the possible continuation of its “wealth-sharing” handout scheme, and would announce its decision on the matter in his 2021 Policy Address, which he is slated to deliver next month.

In his meeting with senior members of the influential Macau Federation of Trade Unions (commonly known as Gung Luen – its name in Cantonese) last Monday, Ho said that the government would continue its various welfare benefits for residents, including the annual cash handout. However, Ho was quick to add that since it was “impossible” for the local government to predict the latest development of the COVID-19 pandemic, it would need to study how its “wealth-sharing” handout scheme could stimulate the local economy and consumption and stabilise the employment of staff in local micro-, small- and medium-sized enterprises (MSMEs), which represent 40 per cent of Macao’s employed population.

“The government does not intend to create something new that could get itself in trouble. Instead, it merely hopes that the cash handout will help boost the local economy,” Ho said.